THIS IS NO DREAM! THIS IS REALLY HAPPENING! 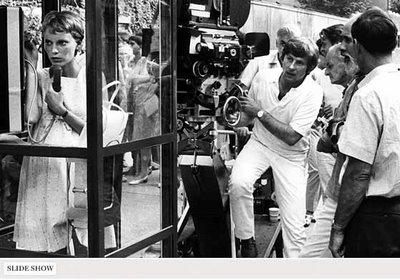 I found this wonderful behind-the-scenes photo on my computer, and I don't remember where I acquired it. Anyhoo, I just re-watched this movie last night, and it remains one of the best horror films of any era. No excessive violence, no gore, very little blood, yet chilling, disturbing, unsettling and even hilarious on occasion. Here's something I wrote about it on the old blog. Happy Halloween.
Posted by C. Kriofske at 2:14 PM No comments:

This is one of the strangest films I've ever seen (and if you know me, that's saying something). 4 begins with a piano-tuner, a prostitute, and a slaughterhouse worker. Strangers to each other, they meet in a Moscow bar and converse for at least twenty minutes. All three create elaborate false identities for themselves as a half-awake bartender refills their glasses. One speaks about a Soviet human cloning conspiracy and the significance of the number 4. This part of the film is formally rigid and disciplined in its editing and composition.

Afterwards, the three patrons leave the bar and go their separate ways. A good chunk of the film follows the prostitute, Marina, who travels miles and miles to a remote village where her twin sister has just died. At this point, 4 gradually starts to descend into a surreal, nearly grotesque madness, teeming with hand-held camera shots, drunken, demented old ladies and handmade dolls with faces composed of chewed bread (yes, chewed bread--you can't make this stuff up). All the while, patterns of four appear on screen: four sisters, four airplanes, four tanks, etc;

Director Ilya Khrjanovsky is a talent to watch. He's clearly (and intelligently) commenting on the cultural divide between Western and Eastern Russia, and how repetition and disclosure relate to it. 4 makes a relatively polished Russian film such as THE RETURN look like LITTLE MISS SUNSHINE, which is to say, it's not for everyone. Although it tested my patience at times, it's also fascinating and bewildering like a 1970s Werner Herzog film and that's a compliment... but I'll just give it 3.5 stars (out of 5)
Posted by C. Kriofske at 11:52 AM No comments:

Alexander Payne’s sharp, wickedly funny adaptation of Tom Perrotta’s novel ELECTION remains one of the best-ever book-into-film conversions. A long-belated follow-up to his great directorial debut IN THE BEDROOM, Todd Field’s adaptation of another Perrotta novel doesn’t scale the same heights, but it’s solid and far from a disappointment.

Superficially, LITTLE CHILDREN is another malaise-in-suburbia critique. Both Sarah (Kate Winslet) and Brad (Patrick Wilson) are thirtysomethings who have young children, are in mismatched marriages, and aren’t entirely sure how they ended up there. Sarah has a Master’s in English but is now merely a housewife who can’t relate to the other, clone-like mothers at the neighborhood playground (or Richard, her older husband who has issues of his own). Brad is a stay-at-home dad and ex-law student half-heartedly trying to pass the bar exam after failing it twice. He gets little attention or genuine support from his wife Kathy (Jennifer Connelly), a career-preoccupied documentary filmmaker.

Following a series of playmates with their two children, Sarah and Brad fall deep into an impulsive, passionate affair and discover a connection that vindicates something lacking in their lives. However, what elevates the film beyond such well-tread territory is a near-total dearth of melodrama or Hollywood hokum. Perrotta co-wrote the screenplay with Field, and it retains the author’s understated satiric prose with subtlety and directness. Slightly frumpy but still beautiful, Winslet’s good, but Wilson is the standout—he’s exceptionally well-attuned to nuances and contradictions of his character. Dubbed “The Prom King” by the adoring neighborhood moms, Brad is the hunky ex-jock within grasp of an ideal, fulfilling life, but he doesn’t have the drive or self-confidence to go forward. Instead, he desires only to look back for approval from substitutes for the boys clubs of his youth (including a police football team he’s drafted into and a ragtag group of skateboarding teens).

Intertwined within all of this is a secondary narrative about Ronald (Jackie Earle Haley), a middle-aged man who has just served a prison term for exposing himself to a child. He is sent home to live with his aging mother in Brad and Sarah’s neighborhood; fear and disgust surface when he returns. This paranoia is most eloquently expressed about forty minutes into the film when he unexpectedly makes his first appearance onscreen that isn’t one of his mugshots plastered all over town. It’s one thing to witness the community’s collective revulsion (orchestrated in a scene worthy of Hitchcock); it’s another to see just how alarmingly aged and emaciated Haley looks thirty years after his BAD NEWS BEARS heyday. Fortunately, his presence goes beyond stunt casting and he gives a chilling, touching performance.

As in the novel, this is where the film becomes slightly problematic—the two storylines don’t always comfortably coalesce. Both Sarah and Brad develop somewhat tenuous links to the second narrative, and Ronald seems to be in this film just to say something about Sarah’s nature. LITTLE CHILDREN doesn’t arrive at an entirely convincing conclusion; it’s more like a head-on collision of comic and tragic outcomes. But Field and Perrotta at least treat all of their flawed characters with compassion—that very quality lifts this smart, intense film above the rest of its ilk.
(4 stars) 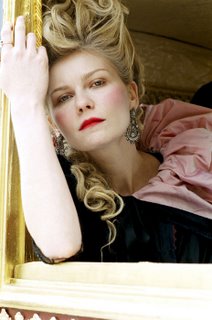 Had I seen MARIE ANTOINETTE ten years ago, I would have walked out the theater flushed and excited, declaring it my favorite of the year. Now, I know a little better to lavish such praise on what is an interesting experiment, but nothing more. Of course, Sofia Coppola already made her masterpiece with LOST IN TRANSLATION (and THE VIRGIN SUICIDES comes close). Her unconventional biopic isn’t a complete failure; I’m not sure if it even knows what it wants to be.

The most thrilling parts involve music. I’ve always adored anachronisms in period pieces (it’s what keeps most of ‘em from being stodgy), and the moods Coppola conjures up here are exquisite, even transcendent, especially the parts scored to “Hong Kong Garden” or any of the three songs by previously unknown dream-poppers The Radio Dept. You couldn’t ask for a better Marie than Kirsten Dunst, who has managed to retain her luminous child-like qualities without seeming childish. Also, get a load of that great supporting ensemble: Steve Coogan, Shirley Henderson, Rip Torn, Judy Davis, forever gravelly-voiced Marianne Faithful (as Marie’s mum!) and Asia Argento in an head-turning turn as Madame du Barry.

The film is more concerned with fabulous décor and the pressure on Marie to give birth to an heir (no thanks to wet blanket Louis XVI, played an appropriately aloof Jason Schwartzman), than the impending French Revolution, which barely figures in here. Coppola has made an opulent, swooning spectacle that’s highly distinctive, daring, loads of fun, but lacking much of the weight of her first two features. And in the end, it’s not radical enough; although something close to a train wreck in parts, MOULIN ROGUE already did this sort of thing with much more feeling.
(3 stars)
Posted by C. Kriofske at 10:10 PM No comments:

THREE GRAVES (AND ONE HOME) 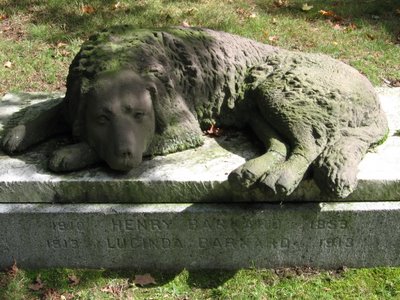 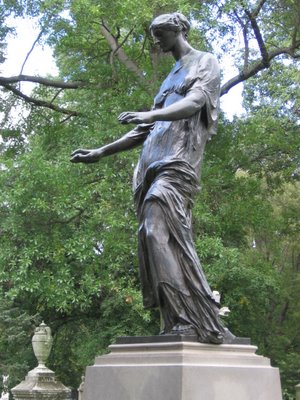 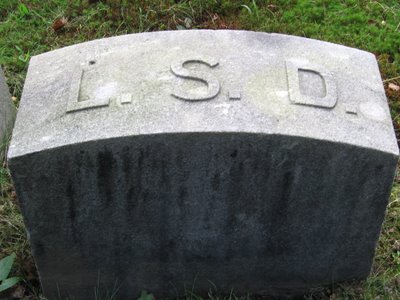 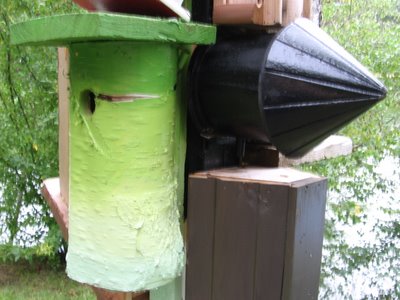 I'm convinced that Helen Mirren is capable of anything: She can quietly steal scenes in a Robert Altman ensemble piece (GOSFORD PARK), turn a recurring role into an icon (television's PRIME SUSPECT) and even survive an embarrassment like CALIGULA (I still can't wait to see her as an assassin in SHADOWBOXER). One year after her award-winning portrayal of Queen Elizabeth I in an HBO miniseries, Mirren fearlessly takes on Elizabeth II in director Stephen Frears' intriguing film about Princess Diana's untimely death in 1997 and the strange days that followed.

Not really a biopic of Elizabeth (or Diana), Frears and screenwriter Peter Morgan have instead crafted an intense, revealing examination of the British political climate of that time. Just months before the accident, Tony Blair (Michael Sheen) became the country's first Labour Prime Minister in nearly two decades. When he first meets with Elizabeth at the film's onset, he's not entirely familiar with the precise customs required between the Queen and her subjects, exemplifying how the public's attitude towards the monarchy has shifted in the late 20th Century. As national mourning over Diana swells, the monarchy's refusal to even submit a public statement about the dead Princess they've disowned (she and Charles divorced only one year before) makes them appear remote and out of touch. At Blair's urging and guidance, it's up to Elizabeth to address the public, respond to their outcry against her and reassure them during this national crisis.

Frears deftly incorporates a lot of news footage into the film, giving it a chilling, unforced authenticity. It also provides an interesting, if sometimes jarring contrast to the delightfully wrought conversations between Blair and Elizabeth. The screenplay has that carefully composed eloquence and wit of a stage play which most of the actors nail perfectly—especially Sheen (a breakthrough performance that aims to restore the success and idealism of Blair at his first term), James Cromwell (wonderful as grumpy, snide Prince Philip) and Heather McCrory, a scene-stealer as Blair's smart, acid-tongued wife Cherie. Still, Mirren effortlessly towers above them all. It's a role of a lifetime that she inhabits with subtlety and complete control. Her Queen is not a doughy Monty Python stereotype but a woman capable of driving a Range Rover across rugged terrain. Elizabeth II was born into a lifelong "job" she didn't entirely want, and here she's believably baffled by her country's reaction to her non-action. She eventually emerges triumphant, but not unscathed, and Mirren makes her small but significant transformation a beautiful thing to witness.
(4.5 stars)
Posted by C. Kriofske at 7:12 PM No comments: