My top ten films of 2006 to-date (including stuff screened at festivals):

01 is number one by a long shot. I can't wait until it hits DVD (date still TBA). 02 I first saw in Toronto last fall and left the theater dumbfounded. After a second screening in Boston in January, I got it. 03 I saw at Tribeca; they assured us this wonderful essay/documentary from Chris Marker would hit US theaters later this year, and I hope it does. 04 was the opening night film at the IFFB in April; THINKFilm releases it in August. 05 popped up at number one on this list last year; Palm Pictures finally released it this Spring. I still love it, but maybe not as much as the first time. 06 was my favorite film in Provincetown--who knew Charles Nelson Reilly could act? This is him masterfully, touchingly telling his life story on stage. 07 has improved in my mind since I caught it in April. 08 was my second favorite at Provincetown, and probably one of the most moving documentaries I've seen. 09 screened a few times at the MFA in March; everyone should be seeing it instead of that higher-profile African import TSOTSI. 10 is an advance on FUNNY HA HA, and it comes out in September.

Top Ten Films I'm looking forward to seeing in the next six months:

THIS FILM IS NOT YET RATED
Everyone else I went to Provincetown with saw this and loved it.

THE SCIENCE OF SLEEP
Will Michel Gondry's latest be more ETERNAL SUNSHINE... or HUMAN NATURE?

MARIE ANTOINETTE
That New Order song on the trailer alone makes me want to see it.

RUNNING WITH SCISSORS
This adaptation could be disastrous; I hope not.

FAST FOOD NATION
Another Richard Linklater film, and an unlikely adaptation of the provocative nonfiction bestseller.

VOLVER
Almodovar's latest received glowing reviews at Cannes, and it's his first with Carmen Maura in nearly two decades.

FOR YOUR CONSIDERATION
Christopher Guest returns, this time skewering actors preparing for a prestigious, sure-to-be-Oscar-nominated film.
Posted by C. Kriofske at 7:17 PM No comments: 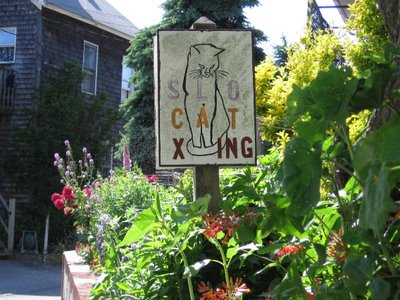 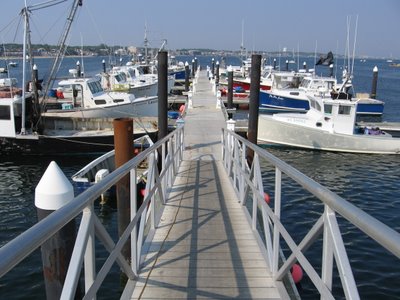 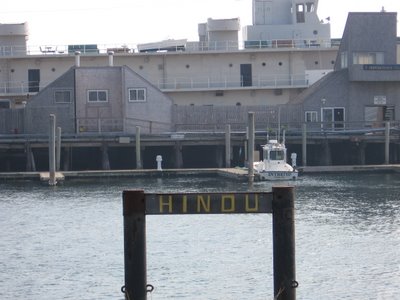 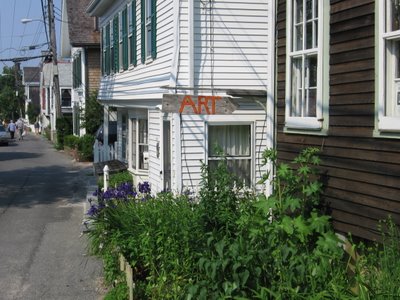 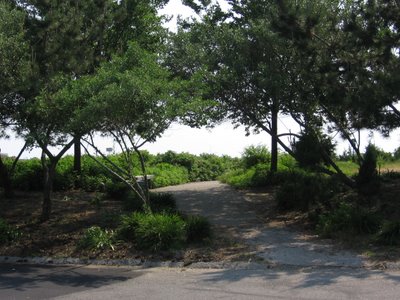 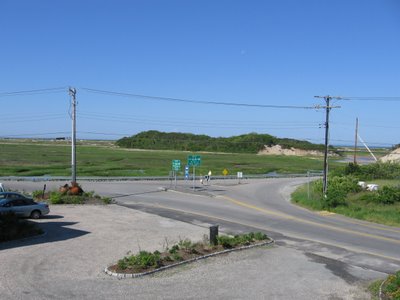 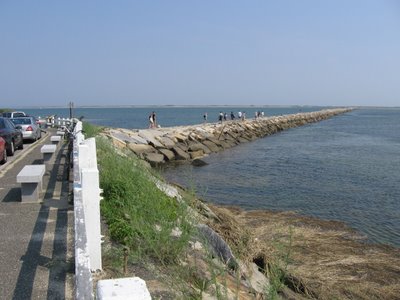 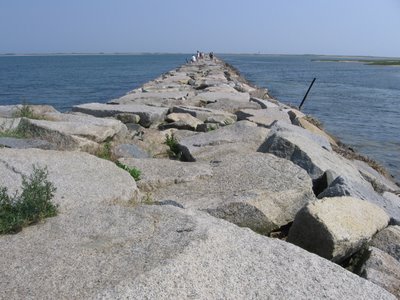 YouTube, of course, is the greatest invention since VH-1 Classic (which I've slowly been learning to live w/out since giving up digital cable last fall). It could even make music video channels obsolete if their programming wasn't already 90% non-music video.

Yesterday, Pitchfork published its 100 greatest music videos found on YouTube: the selections range from the obvious ("Take On Me", "Once In a Lifetime") to the iconic ("Material Girl", "Nothing Compares 2 u") to the unjustly forgotten (Yo La Tengo's Spinal Tap-enhanced "Sugarcube") to the kitschy/silly ("Super Bowl Shuffle", anyone?) to the wonderfully weird and obscure (a song called "Sex Over The Phone"... by The Village People... in 1985??!!!).

All this plus a clip helmed by Wong Kar Wai ("Six Days") and another starring David Brent ("If You Don't Know Me By Now", infinitely preferable to the Simply Red version). I can't wait 'til I find the time to watch some of these, especially those I haven't seen of songs I love (like Bjork's "Triumph of a Heart") and others I haven't viewed in years (Kate Bush's spooky, sui generis clip for "Wuthering Heights"). Sorry, can't come in to work this week, I'm, um, busy...
Posted by C. Kriofske at 11:40 AM No comments:

ANOTHER PLACE TO FALL

Here's a fun meme from Howard at The Web Pen Blog: get your mp3 player or open your music library on your computer, set it to random and press play for the answer for the first question. For the answer to each subsequent question, just press forward and go to the next song. As you shall see with my commentary (in italics), some of the answers are nonsensical, and others are uncanny!

1. How am I feeling today?
Kiss and Make Up—Saint Etienne
I'm not always this apologetic and forgiving.

2. Will I get far in life?
Chicago—Sufjan Stevens
I've been there many times, but it is one of the few cities I'd seriously consider relocating to.

3. How do my friends see me?
Feel—Big Star
The angry chorus goes, "Feel like I'm dying", which can't be good.

4. Where will I get married?
Phampleteer—Weakerthans
In Winnepeg?!

5. What is my best friend's theme song?
Hello Sunshine—Super Furry Animals
She's not a hippie, but I can see her grooving to it.

6. What is the story of my life?
Some Kinda Love—Velvet Underground
Has Lou Reed's best lyric: "Between thought and expression / lies a lifetime."

7. What was high school like?
Walk On By—Dionne Warwick
How to be anonymous in a student body of 1800.

8. How can I get ahead in life?
Straight to You—Nick Cave and the Bad Seeds
Straight to who?

9. What is the best thing about me?
Sex Life—Black Box Recorder
Too funny... ah, if only.

10. How is today going to be?
Here Come The Warm Jets—Brian Eno
Does this mean #9 has some validity?

11. What is in store for this weekend?
Earn Enough For Us—XTC
Should I get that second job for some extra cash?

12. What song describes my parents?
Red Dust—Calexico/Iron & Wine
Not sure how that works, since they're both upper-Midwest bred city folk.

13. To describe my grandparents?
Underdog Victorious—Jill Sobule
Don't know much about them, but they did come from modest backgrounds.

14. How is my life going?
Your Secret—Steve Wynn
An enigma, as always.

15. What song will they play at my funeral?
Piano Song—Erasure
It does have a neat opening line that could very well serve as an epitaph: "Never get angry at the stupid people."

17. Will I have a Happy Life?
Mess Around—Ray Charles
Apparently alcohol will be involved, but in a good way.

18. What do my friends really think of me?
One Angry Dwarf and 200 Solemn Faces—Ben Folds Five
Ouch!

19. Do people secretly lust after me?
Taxi Ride—Tori Amos
I'll consider this next time I hail a cab.

20. How can I make myself happy?
Le Redecouverte—Yann Tiersen
From the Amelie soundtrack; translates as "rediscovery".

22. Will I ever have children?
Online—Gnarls Barkley
Will I adopt a black market internet baby?

23. What is some good advice for me?
You To Thank—Ben Folds
Seems sound to me.

25. What is my signature dancing song?
Disco Nights (Rock-Freak)—GQ
Appropriate, although I couldn't even hum this one for you.

27. What does everyone else think my current theme song is?
Wherever I Lay My Phone (That’s My Home)—Super Furry Animals
I'm not that transient.

28. What type of GUYS do you like?
Whipping the Horse’s Eyes—Calexico
I don't even want to figure out what that means...

29. Now click next and that will be the subject of this bulletin:
Another Place to Fall—KT Tunstall
Fitting.

30. Your overall theme song?
The Diner—Ani DiFranco
Works for me, as long as the coffee's good.
Posted by C. Kriofske at 1:31 PM No comments:

In an attempt to play catch-up, here's the first in an occasional series of capsule reviews of new stuff I've been listening to. When I wrote for Splendid, we called 'em At-A-Glance reviews. In other words, these are albums I don't feel like writing more than 200 words about. Although I've been bitching about not yet having heard anything that's blown me away this year, I have to admit that's not entirely true. Look for longer reviews in the coming weeks on stuff I love. For now, stuff I merely like. 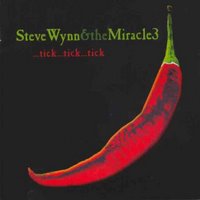 I’m at that tricky place with this venerable (if obscure) legend that I was with Pizzicato Five six years ago (right before they broke up): I have so many of his albums; do I really need any more? Ostensibly the final act in a trilogy, his ninth album overall is a little weaker than the last two. Given that one (HERE COME THE MIRACLES) was his masterpiece and the other (STATIC TRANSMISSION) wasn’t that far off, I’m not sure whether I should be more understanding or disappointed. Or perplexed, as it’s packed with lots of good stuff: the ultra-catchy and concise “Bruises”, the snide, hand-clappy garage rock of “All the Squares Go Home” and “No Tomorrow”, a two-part epic that works because it feels both ambitious and somehow tossed-off, a paradox always key to Wynn’s charm. While the rest isn’t necessarily a mere toss-off, most of it you can live without—at least as long as those two previous albums remain in print. 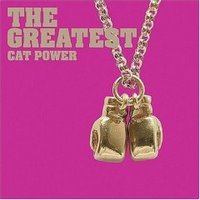 Mid-level hype and repeated spins of the title track on WERS finally convinced me to check out this formerly shambling artiste, of whom I’ve long been apprehensive. Pop aesthete that I am, I’ve never understood the concept of sounding like you’re psychologically falling apart on record. Maybe Chan Marshall’s tired of that, too—enough to pull herself together and make this relatively normal tribute to DUSTY IN MEMPHIS. Sure, she certainly doesn’t have Springfield’s chops, making this less a tribute and more a diversion. Simple and soulful, it’s safe enough for Starbucks and commercial radio and a far subtler, palatable Alanis alternative to boot. With Tracy Thorn apparently retired and Beth Orton still unable to recapture that spark of her earlier records, it fills a female pop-jazz niche—she’s become a distaff, slightly less depressive Nick Drake, fodder for a pleasant, subdued Sunday morning soundtrack. 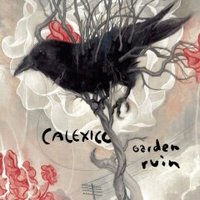 Eschewing their distinctive mariachi horn and instrumental-heavy palette of yore, this initially straightforward rock effort nonetheless has Big Transitional Album seeping from its pores, which means it’s not all that straightforward or, for that matter, successful. The first time I heard opener “Cruel” on the radio, I couldn’t identify the band until more than halfway through the song, which was unthinkable with their previous work. The horns eventually kick in on “Cruel”, but now they’re an enhancement rather than a base, wrapped up in pianos, guitars, vocal harmonies and an especially strong melody. The song is one of the album’s two Great Leap Forwards; the other is the closer, “All Systems Red”, which plausibly builds from quiet, acoustic balladry to blazing, apocalyptic fury over six gripping minutes. Between those two bookends lie a few miniaturist gems like “Lucky Dime”, bringing late-Beatles into their ever-expanding repertoire, and “Bisbee Blue”, the least challenging song they’ve ever written, and one of the most affecting. But the remainder doesn’t gel yet like the far more polyglot FEAST OF WIRE did. I hope the next one will take such encouraging advances and spin them into something more solid. 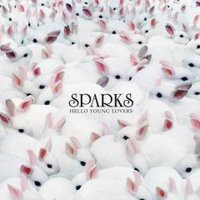 Briefly famous in England three decades ago and never so here in their home country, Ron and Russell Mael enjoyed a bit of an unlikely late-career renaissance with their last one, the wondrously titled LIL’ BEETHOVEN, which was opera-flavored rock as opposed to a rock opera. Although spotty, when it clicked (as on the ingenuous “Suburban Homeboy”), it really connected, despite its overly quirky self. Nothing here clicks so quickly, but maybe that’s the point. This contains more opera rock (with a stronger emphasis on the second word), but it’s less a sequel than an expansion. “Dick Around” mercifully, thrillingly takes all the pomp out of “Bohemian Rhapsody”, “Perfume” efficiently obliterates fragrance-as-social-status, “(Baby, Baby) Can I Invade Your Country” dissects imperialism and has the balls to liberally borrow from Francis Scott Key, and in “Rock, Rock, Rock”, the Maels even deflate their quirky selves. Following the warped gospel call-and-response novelty “Here Kitty”, the record goes off its rails a bit (and how could it not after that?), careening into dementia and self-indulgence of a kind that makes “Dick Around” seem restrained. Until then, the clever smartasses remain in control, and on occasion follow their own advice about “Metaphors”: “Use them wisely, use them well / and you will never know the hell / of loneliness.”
Posted by C. Kriofske at 4:13 PM No comments: