My reviews from the Toronto International Film Festival are up at Chlotrudis Mewsings. Below are some places I visited when I wasn't sitting in a dark theatre (or waiting in line to get into one). 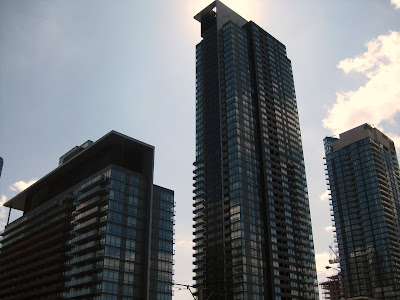 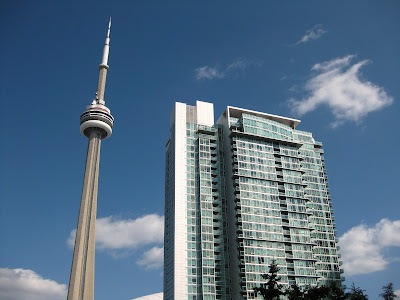 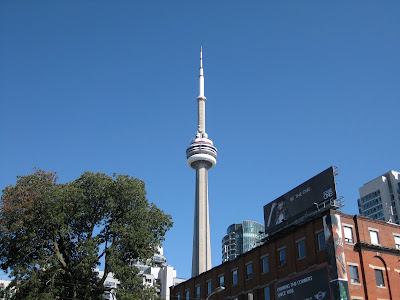 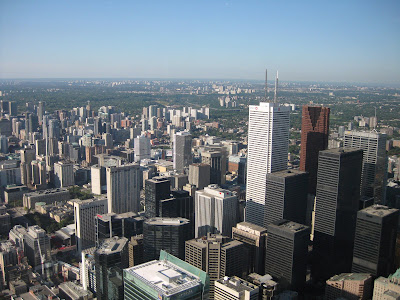 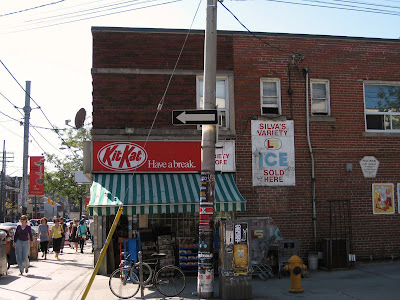 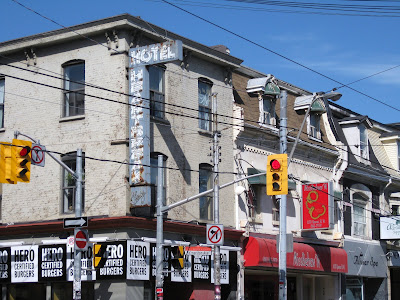 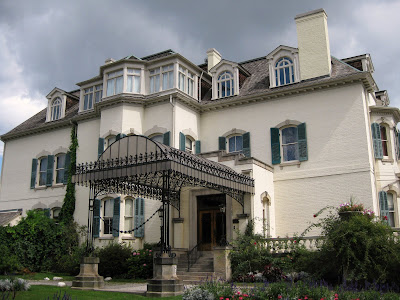 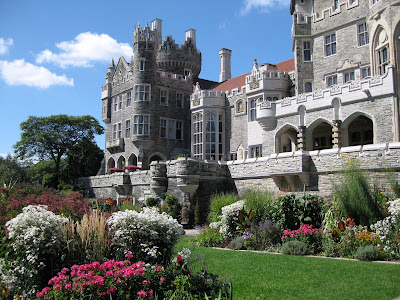 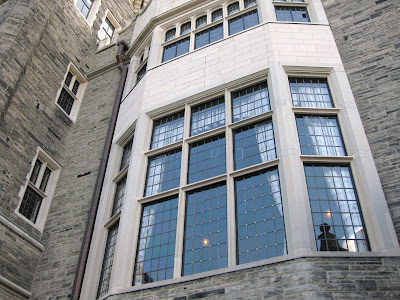 Last month, Steve and I spent a long weekend in Milwaukee; fortunately, we had better weather than we did the last time. 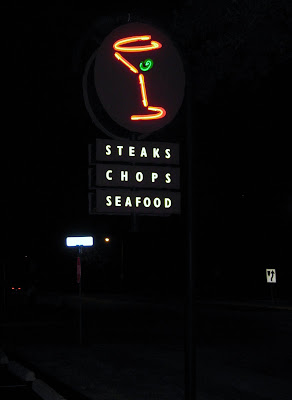 Thursday night, we met up with my folks and an old friend for dinner at Eddie Martini's, a steak house oozing Mad Men chic years before the show ever aired. More reverent than kitschy, the place nonetheless has its tongue slightly in cheek, as seen by its name-eschewing sign above... 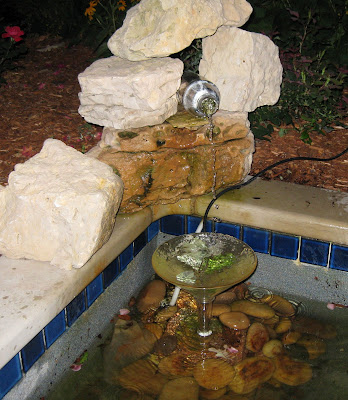 ...and this rock garden/cocktail fountain out front. Incidentally, my mother impulsively ordered a special appetizer for the table: a giant martini glass (probably larger than this one) overflowing with a mountain of chilled seafood. 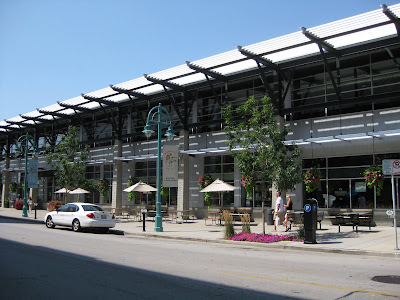 Friday afternoon, we drove down to The Third Ward for lunch at the Milwaukee Public Market. (Why doesn't Boston have one like this? Quincy Marketplace is just a supersized food court, after all...) 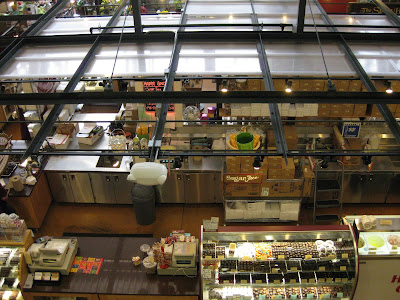 An overhead view of the Market, taken from the second-floor balcony. In the foreground, Kehr's Candies, a neighborhood childhood favorite of my father's. 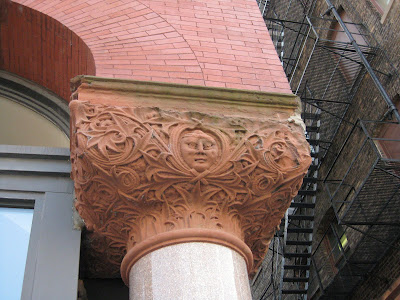 Gentrification of The Third Ward began well over a decade ago, although when I was a student at Marquette, it was still full of boarded-up warehouses and ancient establishments like Marlene's Touch of Class, a giant musty thrift store. They've since been replaced by condos, trendy restaurants and boutiques, but nifty, hidden architectural details remain, like this inexplicable face. 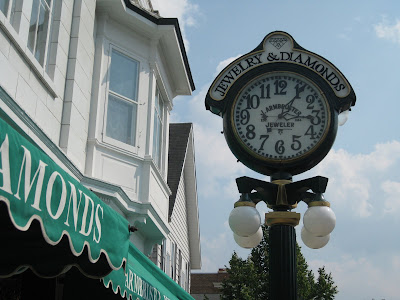 That evening, Steve and I celebrated our anniversary with dinner on Brady Street and a movie at the Oriental. I left my camera at the hotel, but I brought it with me the next day when we met up with my parents in Cedarburg, a small town about 15 miles north of the city limits. Its so-quaint-you-could-scream charm is exemplified by this clock along the main drag... 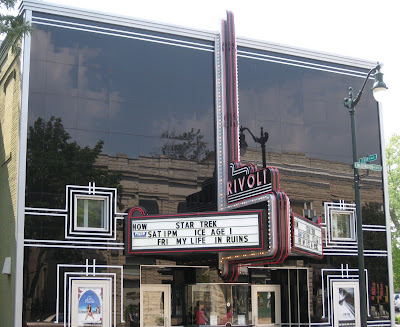 ...and this recently restored art deco movie house. Very cool, but only in a small Midwestern town would you see a lineup like this on the marquee: do they seriously think anyone is going to see a Nia Vardalos flop two months after it quickly left the multiplexes? 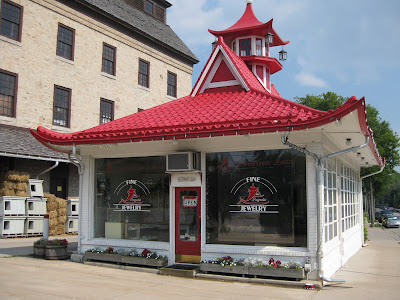 Cedarburg is home to one of the few remaining former Wadham's Gas Stations, an early 20th century local chain distinguished by its attention-grabbing pagoda roofs. 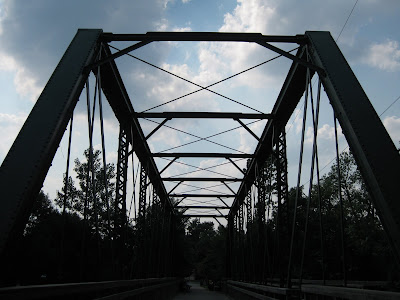 In addition to its lovely main street, other attractions in Cedarburg include the Cedar Creek Settlement (a 19th century mill full of shops, restaurants and a winery) and the Cedar Creek itself, which flows East of the business district. The dramatic bridge above runs across it.

That evening, following dinner at Saz's and frozen custard at Kopp's (two local institutions), Steve and I met up with another friend in Bay View and had drinks at the Palm Tavern, which I can best describe as a really cool hole-in-the-wall with a refreshingly lax atmosphere. It also has a plentiful selection of obscure beers and liquors (I drank a Hangar One Spiced Pear Vodka and tonic). 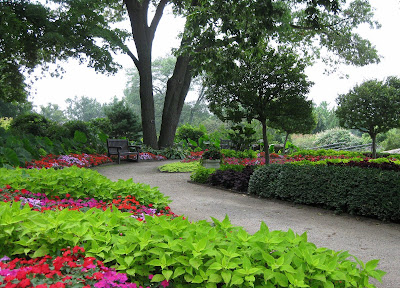 On Sunday, after a good brunch at Irish pub Brocach (just don't order the obscenely greasy Irish doughnuts), my parents left town. With heavy rain in the forecast, Steve and I hurried over to one of my favorite places, the Boerner Botannical Gardens. The wind kept picking up and I could just see ourselves making a break for it back to the car and getting absolutely soaked. Fortunately, the storms bypassed us entirely, only leaving us with some exceptionally muggy air. 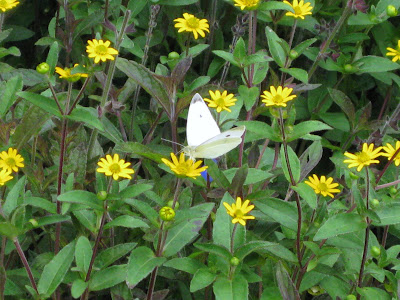 The overcast skies didn't do much for my wide-angle shots, but I did manage to get some neat close-ups like this one above. 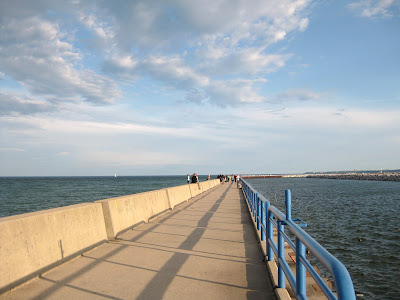 By evening, the sun reappeared. We took a walk along the McKinley Marina Pier, which juts out what seems like miles into Lake Michigan. 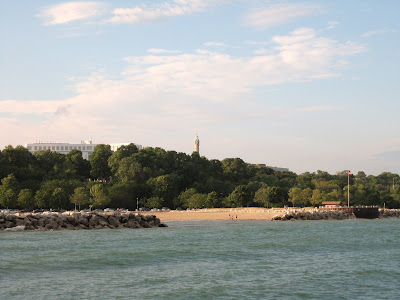 On the Pier, looking West towards the Milwaukee Water Tower. 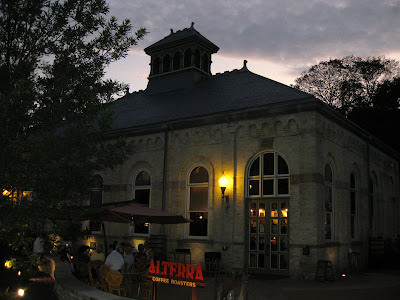 The Pier is not far from Alterra By the Lake, a former water pump station turned coffeehouse. We sat there until dusk, sipping iced tea and Italian sodas and trying to keep our Sunday Milwaukee Journal Sentinel from flying away (it was still pretty windy out). 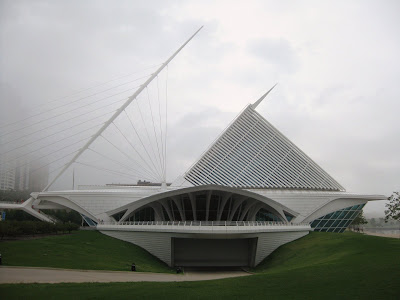 Before heading out of town Monday afternoon, we stopped by Boswell Book Company and then a particularly foggy lakefront. The odd weather for August enabled us to take pictures of the Milwaukee Art Museum that were quite different from our last trip. 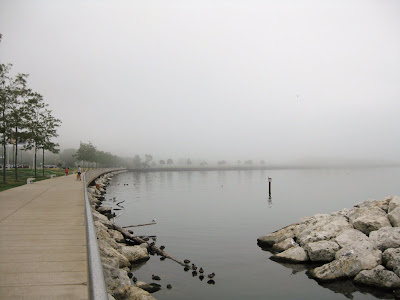 I honestly don't remember ever seeing this much fog on the Lakefront. 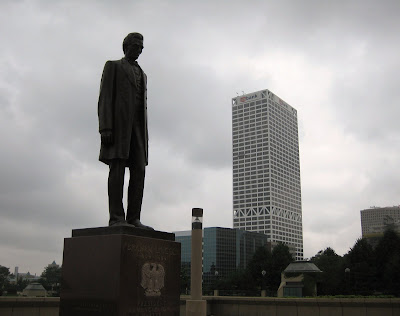 The fog began to lift just as we were leaving. Here's good ol' Abraham Lincoln (part of the Milwaukee County War Memorial) next to the city's tallest building. Even though four nights was just the right amount of time to spend in my hometown, I kept thinking that another day or two would have been nice.
Posted by C. Kriofske at 9:16 PM No comments: