THE KING and others

One regular-sized review and a slew of bite-sized ones (otherwise I'll never catch up). Now with grades instead of stars!

THE KING: In one of his first (good) English-speaking roles, Gael Garcia Bernal is a young man who has just finished a stint in the US Navy. Named Elvis (hence the film's ironic title), he rolls into Corpus Christi, Texas, and immediately looks up his father, David Sandow (William Hurt). Sandow once had a fling with Elvis' mother, a Mexican prostitute. Shortly thereafter, he found God and is now pastor of a fundamentalist Christian church. He also has a wife, Twyla (Laura Harring) and two teenaged children: Paul (Paul Dano) and Malerie (Pell James). Upon meeting a grown-up Elvis for the first time, Sandow rejects him and forbids him to have any contact with his half-family. However, that doesn't stop Elvis from pursuing a clandestine affair with Malerie; nor does he reveal to her whom he actually is.

It's a shame the trailer for this film makes it look like the usual torpid, pretentious, hot-button topic indie trash; on the contrary, it's an unpredictable, spare, subdued, near-poetic character study. Previously best known for the documentary WISCONSIN DEATH TRIP, director James Marsh is well-adept at sustaining a mood and building intensity but not at the expense of losing the plot or lacking substance. Bernal, Hurt and Dano (very different here from his role in LITTLE MISS SUNSHINE) are all good, but THE KING is most remarkable in its moral ambiguity toward its characters. Sure, you could debate whether each one is "good" or "bad" (and most viewers certainly will), but what matters more is the possibility of redemption, and how difficult (or easy?) it is to earn. Grade: B+

BABEL: Not nearly as bleak but slightly more nervewracking than 21 GRAMS. Three stories here, but it’s really two completely different films--the Japan sequences have at best tenuous links to the wrenching Brad and Cate drama in Morocco and the border-crossing shenanigans between Mexico and the US. Beautifully conceived, thoughtful and poignant, the Japan story is the best part, by the way. B-

CASINO ROYALE: Daniel Craig isn’t the best Bond (yet), but he’s inarguably the catalyst for what has to be the most emotionally complex, character-driven 007 film in decades. He remains a left-field choice, showing more brawn and physical acuity than savoir-faire, but his presence suggests realms of new possibilities for the franchise. The film’s a half-hour too long and the dialogue’s occasionally cheesy, but the damn thing still entertains and, at the very least, is a vast improvement over the spoofy ‘60s Peter O'Toole original--I didn't even think of Austin Powers once. B

REQUIEM: This low-budget German indie immediately renders all other films about exorcism irrelevant (yes, even that one). Based on the same case as THE EXORCISM OF EMILY ROSE, this offers a more realistic, ambivalent take. Sandra Huller is simply astonishing as the lead and if half as many people saw this as those seeing THE QUEEN, she’d get award nominations up the wazoo. Bonus points for painstakingly (and lovingly) recreating the early ‘70s without a hint of kitsch. A-

SHADOWBOXER: Lee Daniels’ audacious thriller probably never played your town because the mainstream critics trashed it. While not an undiscovered masterpiece, it’s pretty fascinating if you allow yourself to believe that Helen Mirren and Cuba Gooding Jr. could be assassins/lovers, that Joseph Gordon-Leavitt and Mo’Nique could be a loving couple, and that Macy Gray could be a cracked-up whore (ok, that last one’s not too far out). But this is a crafty little film that has something to say about families and how knowledge and behavior is learned within them. Daniels’ dreamlike palette and loping editing rhythms make me look forward to the second film I hope he gets to make. B

SHUT UP AND SING: Dixie Chicks’ feisty, lovable lead singer Natalie Maines is nearly up there with Timothy Treadwell (GRIZZLY MAN) and Little Edie (GREY GARDENS) as an Utterly Fascinating Documentary Subject (only she’s not crazy). Not since DiG! has there been such an insightful film about the music business. Concerned with how politics can radically rearrange your audience base overnight, it’s lucky for being in the right place in the right time, and noteworthy for recording and analyzing a historical moment with such depth and feeling. A-

VOLVER: Following the accomplished but oddly remote BAD EDUCATION, Almodovar sinuously tempers the well-wrought melodrama of his recent work with the salacious, rapid-fire comedy of his vintage period. Penelope Cruz is outstanding, but the real return to form comes from Carmen Maura—it’s no coincidence that this may already be my favorite film of his next to the last picture he made with her, eighteen years ago. I’ll surely write more on this treat of a film in my year-end top ten. A 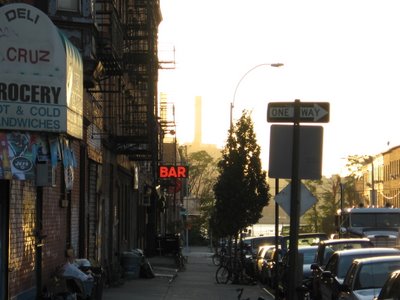 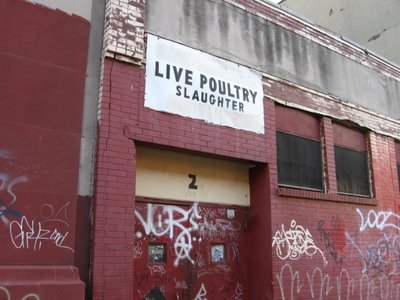 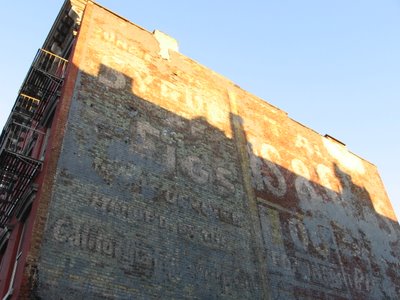 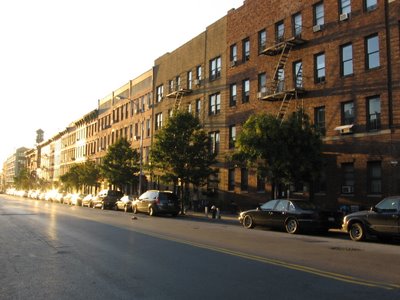 MIX: I'VE NEVER BEEN WRONG... I USED TO WORK IN A RECORD STORE*

I have a friend named Bruce in New York City who always puts me up whenever I visit. I met him in my film group, and he's probably one of the few people I know who sees more movies than I do. He also used to be on top of new music, but hasn't listened to a whole lot in the past decade. Earlier this year, Bruce asked me to make a mix for him, and this is what I came up with.

Before I began gathering selections, he sent me an e-mail impressively detailing his tastes, dividing favorite songs into categories representing what he responds to in a piece of music (such as "clever lyrics", "complicated lyrics", "unique instrumentation", or just plain "sexy"). I skimmed through his e-mail twice and then went to work. I limited the selections to the previous decade or so (the oldest song is from 1994) to get him up to speed on what he's been missing. It also seemed natural for me to stick with the past decade because that's when my musical tastes blossomed and matured.

The title comes from a line spoken in LCD Soundsystem's epic, music-obsessive minimalist masterpiece--clocking in at nearly eight minutes, it sets a knowing tone that reverberates most strongly in Black Box Recorder's emphatic yet unsentimental ode to burgeoning adolescence. On the other end of the emotional spectrum, it's also present in Saint Etienne's poignant reflection of youth wistfully fading away.

Other than those slight echoes, there's no particular theme. Most of these songs are personal favorites that I remember falling in love with the first time I heard them: Tompaulin's gradually-building-in-momentum opener (also the first track on my introduction to the band), Ivy's breezy road trip anthem, Marit Bergman's exuberant, wall-of-sound proclamation, TV On the Radio's irresistible clash of soulful, guttural vocal and icy, sterile soundscape.

As I wrote last year, the first mix you make for someone is always risky. Fortunately, Bruce liked this one; apparently, so did a few of his friends and neighbors, as I found out when I visited him two months later. His favorite track ended up being the one by Belle and Sebastian. Probably my own favorite track of this year so far, I love its intricate lyrical twists, rich chord changes, and still classic-sounding (for a decade-old band) trumpet solo. Yet, I wasn't sure Bruce would-- you see, it was a last minute addition.

*(By the way, I've never actually worked in a record store.)
Posted by C. Kriofske at 11:21 PM No comments: