THE LIMITS OF CONTROL 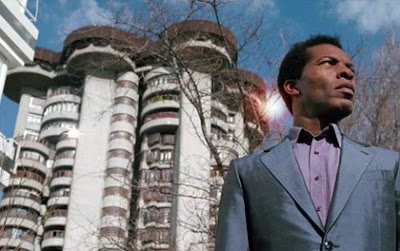 Few films baffle me as much as this one initially did. Jim Jarmusch has always been a particularly austere auteur: his narratives tend to unfold at a zen-like pace and the films' structures possess as much weight as the stories themselves. Here, he takes that approach to an extremely uncomfortable level, perversely following the accessible, practically sentimental BROKEN FLOWERS with this, his most challenging, poker-faced effort.

A "Lone Man" (that's the character's only name according to the credits) played by Isaach De Bankolé is given instructions from two other men to check into a particular hotel, go to a cafe and wait for "the man with the violin". Having dutifully followed these instructions, Lone Man gives Violin Man a matchbook, receives another one in return, finds a small piece of paper with a cryptic code of numerals and letters on it, and proceeds to stick it in his mouth, chew it up and swallow. This interaction leads him to another figure, an affected, quirky (in a Jarmusch film, is there any other kind?) Blonde (Tilda Swinton). A similar exchange follows and repeats itself as Lone Man travels from one part of Spain to the next, meeting such figures as Guitar (John Hurt), Mexican (Gael Garcia Bernal) and finally, a Dick Cheney-like American (Bill Murray) where we finally learn this mission's purpose.

Or maybe not. Jarmusch reveals precious little more information than what I've given here. We never find out what that elusive code is, or why Lone Man always drinks his double espresso in two separate, identical cups, or why he's even been asked to perform this mission and what its repercussions are. In short, Jarmusch has cut out nearly all exposition and backstory: what we see is what we get. For anyone looking for a good story or a rich character study, this may not be enough, which is why I left the theater confused and more than a little annoyed.

And yet, there was so much about the film that I liked. The repetitions and rituals form a hypnotic rhythm that, as in the best experimental cinema, makes you occasionally forget about the lack of narrative momentum. The Christopher Doyle cinematography is typically captivating without calling too much attention to itself. And for all his minimalist demeanor, De Bankolé is a fascinating figure. He's in nearly every frame, but he moves through these landscapes as if he's a fully integrated component rather than someone who blinds us with his star presence.

Jarmusch always includes a fair amount of pretentious bullshit in his films. This one is just as pretentious, but, with perhaps the exception of the Bill Murray scene, it's bullshit-free. He's working toward a pure, instinctual cinema that's much closer to the work of Antonioni and Chantal Akerman than his American indie contemporaries. THE LIMITS OF CONTROL frustrates because it has that dangling carrot of a story that Jarmusch eventually snatches away. In his next film, I'd like to see him try excluding that carrot entirely.
Posted by C. Kriofske at 5:44 PM No comments:

Roughly once a year, I head over to Beacon Hill for a walk. Each time, I'm always surprised by its little quirks. The signature narrow, winding streets are a given, but many of its architectural details are enticingly hidden, just waiting to be discovered.

This tour begins with a colorful intrusion among the skyscrapers Northeast of Boston Common, then proceeds through the neighborhood: 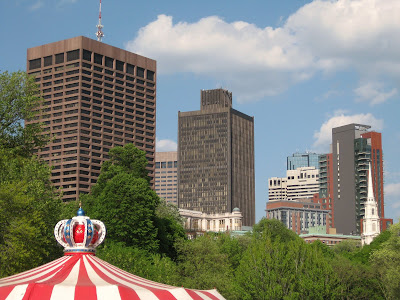 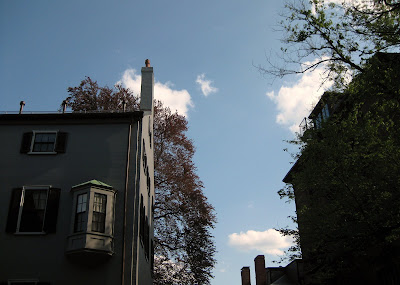 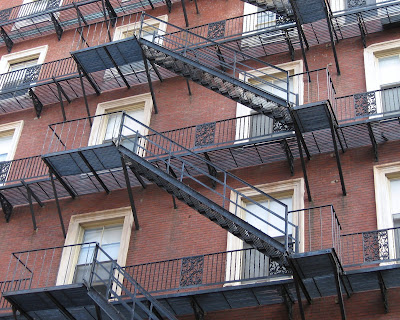 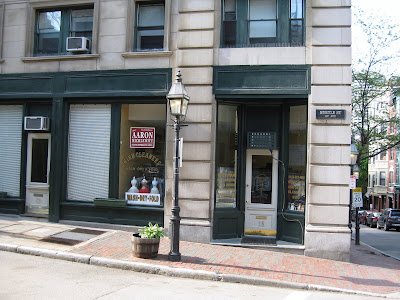 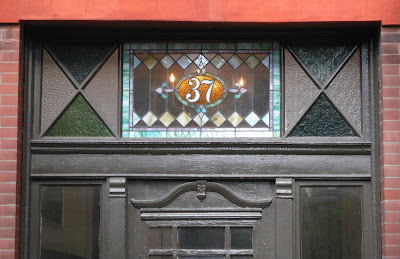 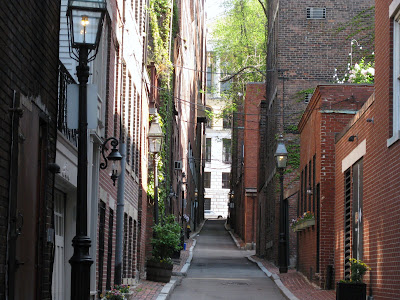