I know I'm running the risk of this turning into an all-puppy blog, but I can't resist posting a few more pics of Maggie here. In the two weeks since she arrived, she's already grown considerably. 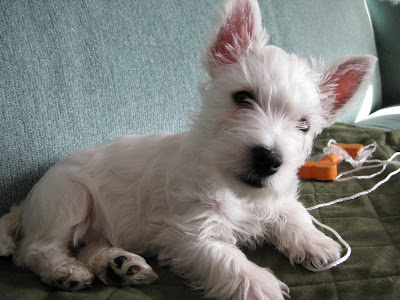 Like most puppies, she's alternately a sweet cuddly dog and a little terror - she just loves to bite on her pee-pee pad and run away with it in her mouth (with Steve and I usually chasing her in exasperation, like the opening of the "Saturday TV Funhouse" credits). 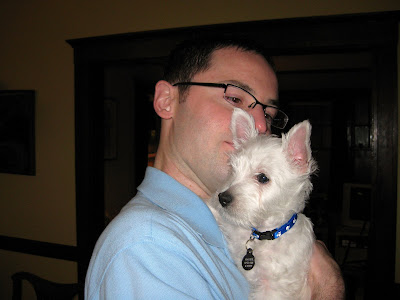 Here's her proud papa Steve, holding her on Thanksgiving. 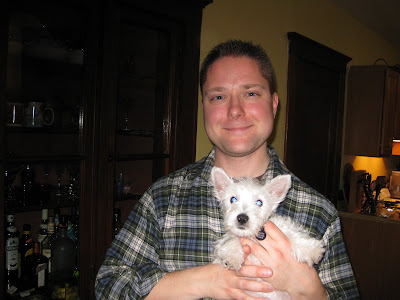 And here's her other proud papa, me.
Posted by C. Kriofske at 3:45 PM No comments:

Every year on the anniversary of my very first blog post, I try to include something special. This year, it's a long-needed re-design (which is still a work-in-progress). Expect more ambition in the coming months: in addition to the usual year-end lists, I plan on reviving one dormant project and, in the new year, hopefully starting another.

In the meantime, say hello to Maggie, whom Steve welcomed into his home last week. She was born on September 1 and weighs 4 pounds. Need I say more about her cuteness... 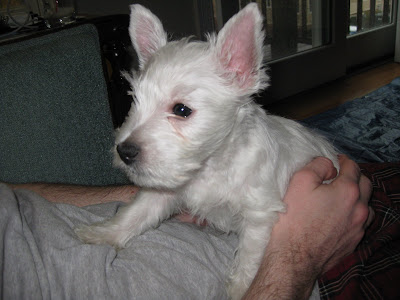 Earlier this month, I returned to my hometown for an old friend's wedding. It was the perfect opportunity to introduce Steve to Milwaukee. He loved the city, even though it was unseasonably cold and dreary (even for Wisconsin!) for most of the trip. Fortunately, the sun finally came out on our last day in town. 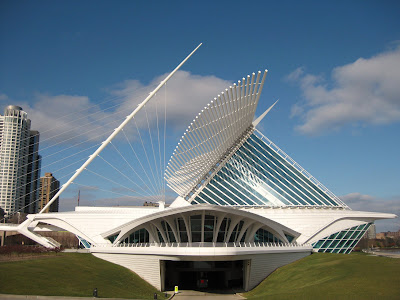 After checking out of our third hotel in three nights (the wedding reception was in a Chicago suburb), we took a ride down to the lakefront, stopped by Alterra at the Lake, drove through the East Side, and made our way over to one of my longtime favorite places, the Milwaukee Art Museum. 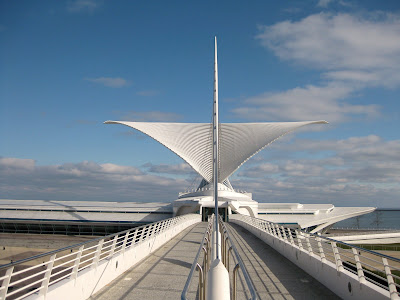 In 2001 (four years after I moved to Boston), the museum opened a brand new wing. Designed by Spanish architect Santiago Calatrava, it dramatically transformed what was previously a fairly nondescript structure (as you'll see below). This new wing includes an atrium, a long exhibition hall, a footbridge, and a retractable roof that when opened abstractly resembles a swan's wings.

Below are a few close-ups of the roof: 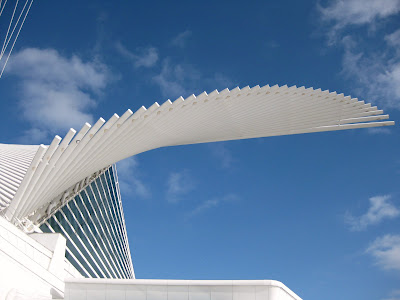 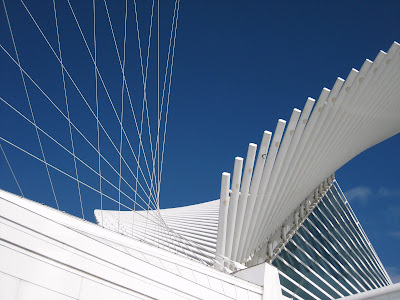 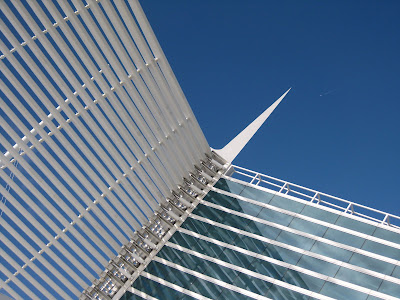 Inside, the atrium is nearly as spectacular. Open and airy, it is a work of art in and of itself, and inviting to many photographers (like Steve below): 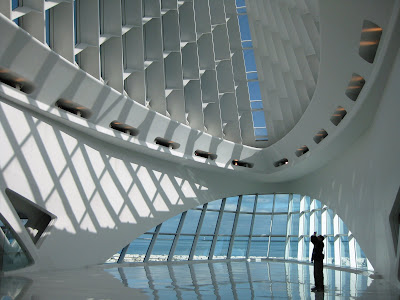 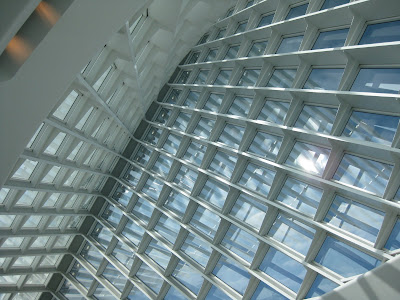 It also provides one with a lovely view of Lake Michigan: 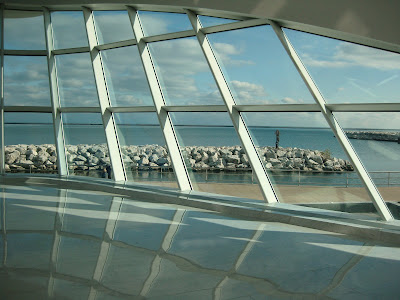 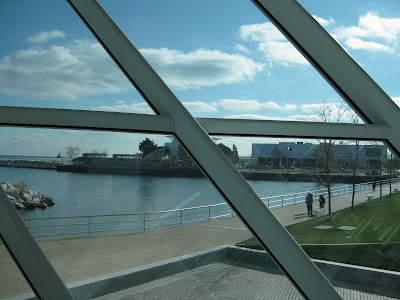 In the above photo, one can also see the new Discovery World children's science museum next door.

As an extension of the lobby, the atrium is a quiet, serene space. However, it does allow for one artwork from Dale Chihuly: 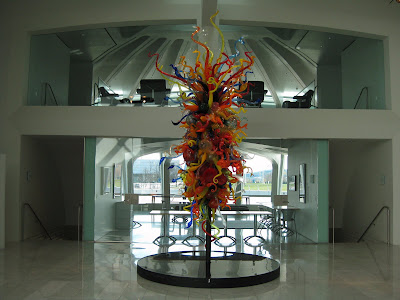 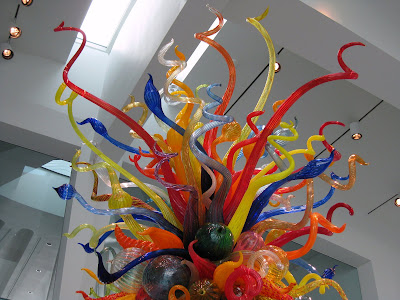 Below is the long exhibition hall that leads to the original museum. The latter is home to most of the galleries. 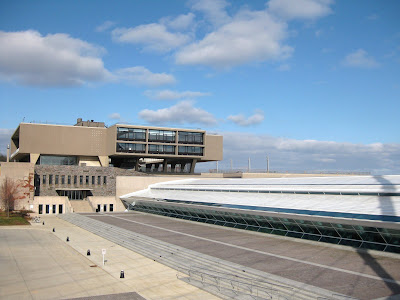 The museum takes up the bottom half of that vast slab of concrete; the top half is the Milwaukee County War Memorial Center. Both celebrated their 50th anniversary last year. 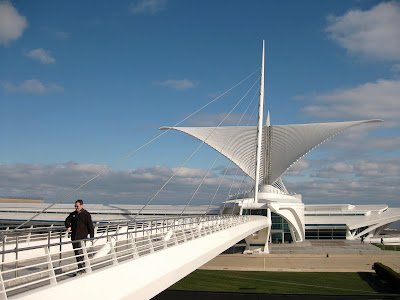 We'll be back, hopefully in warmer weather.
Posted by C. Kriofske at 4:28 PM 2 comments:

Enjoy this Python perennial, and please vote on Tuesday--whether your favorite candidate is sensible or silly.