I'm unable to link to them directly, so here are my blurbs for some films screening at IFF Boston 2008, which starts tonight. If you're in the Boston area, come support the region's best film festival.

FRONTRUNNER
In 2004, Afghanistan held its first ever public democratic elections. Seventeen candidates challenged interim president Hamid Karzai; among them was one woman, Dr. Massouda Jalal. A 42-year-old pediatrician and teacher, Jalal had placed a distant second behind Karzai in a 2002 emergency election. Coming only three years after the Taliban government's collapse, Jalal's courageous, uphill battle of a campaign evokes the social reform slowly starting to shape a nation undergoing massive change and unrest.

Running on a platform promoting "life and hope", Jalal insists she is not a woman rights candidate, but a pacifist who will serve as a mother to her war-plagued country. The film shows us the similarities inherent between Jalal's and any other politician's quest for the people's support, particularly in how shrewdly she develops her public persona in the media with the help of political advisors. However, the cultural backdrop is worlds away from what we see in films like THE WAR ROOM. Jalal faces the challenges of being a woman in an Islamic Republic head-on as she deals with police tearing down her campaign signs, her country's war refugees and a mostly illiterate, uninformed populace. Although the election itself is nearly derailed by scandal and ineptitude regarding voting procedures, Jalal's optimism and tenacity sets her apart from her peers-you sense she emerges victorious regardless of how many votes she wins.

MY WINNIPEG
Guy Maddin's Winnipeg is unlike any other city you've ever encountered. He paints Manitoba's capital as a myth-rich land with grueling winters, a network of secret back lanes and byways, an old commercial signage graveyard and a single sledding hill made entirely out of a few decades worth of garbage. He explains how its hockey-loving, sleepwalking denizens have participated in labor strikes, standoffs to protect the world's smallest park (a tree in the exact middle of a lane) and department store-sponsored male beauty pageants. He even claims that Sir Arthur Conan Doyle was impressed by the town's unique "psychic possibilities" which included séances conducted via ballet dancing.

In his first documentary, Maddin continues to refine his inimitable style that heavily draws upon silent and early-sound era cinema. Complemented by suggestive intertitles and the occasional animated reenactment, stock footage and newly-shot sequences feverishly coalesce to the point where it's not always easy to identify an image as one or the other. At one point, the filmmaker moves back into his childhood home with his mother (actually played by 86-year-old Ann Savage, star of the 1945 film noir DETOUR) and casts actors to portray his three siblings. Together, they recreate the family dynamic, circa 1963 (with riotous dialogue straight out of a B-movie melodrama). Throughout, Maddin's voiceover narration veers from the acerbic to the poetic as he reflects on childhood traumas (an incident at a three-story, gender-segregated pool), mourns for lost landmarks (his beloved, demolished Winnipeg Arena) and altogether celebrates his one-of-a-kind hometown.

PING PONG PLAYA
Self-assured slacker Christopher "C-Dub" Wang thinks it's only a matter of time before he's a professional basketball star, but his limited height only ensures victory over the neighborhood pre-teens. For the rest of his family, the sport of choice is ping pong: Mom teaches classes at the community center, Dad runs a ping pong supply shop and older brother Michael is a bona fide ping pong champion, his fame attracting customers to both parents' venues. When Michael and Mom are injured in a car accident, an unenthusiastic C-Dub is recruited not only to teach the ping pong classes but also take his brother's place in the annual ping pong championship.

In both arenas, he soon has a new rival in the snobbish Gerald. Sensing a golden opportunity with C-Dub's inexperience, Gerald is determined to win Michael's title any means necessary-including stealing C-Dub's students. This awakens a sense of pride in C-Dub as he vigorously trains to defend his family's honor in a climactic, nail-biting match. Featuring a starring turn from newcomer Jimmy Tsai, who also co-wrote the screenplay, PING PONG PLAYA is the first narrative feature from accomplished documentary director Jessica Yu (PROTAGONIST, IFFBoston 2007). Together, they've crafted a wacky comedy that both parodies and pays tribute to classic sports films like THE BAD NEWS BEARS, but also studies and gently subverts Asian American culture and stereotypes in contemporary suburbia.

SECRECY
When government information is withheld, does it effectively protect national security or repudiate the public's basic right to know? In the years following 9/11, this question grows ever more relevant as the amount of classified information in U.S. policy and practice has increased exponentially. With intricate but clear-headed discourse, SECRECY examines the effect of secrets on both political and personal matters from the Manhattan Project and the Cold War through Abu Ghraib and the Patriot Act. It employs a mixture of interviews from a spectrum of journalists, former CIA employees and civilians; archival footage; art installations and snippets of impressionistic, black-and-white animation.

In this debate over secrecy's pros and cons, two landmark court cases are examined thoroughly. The first, which dates back nearly fifty years, involves Patricia Reynolds Herring, whose husband was killed in a U.S. bomber plane crash in Georgia. The second concerns Guantanamo detainee and Osama bin Laden driver/bodyguard Salim Ahmed Hamdan, who was charged with conspiracy related to the 9/11 attacks. Both cases expose the human cost in keeping secrets and illustrate how power derived from doing so is often misused to break or rewrite legal precedents. The practice of secrecy is ultimately shown to be necessary and unavoidable in most cases; but as one interviewee notes, it also has the potential to threaten the very notion of democracy.

THE TRACEY FRAGMENTS
If Tracey Berkowitz (Ellen Page) is just a self-described "normal 15-year-old girl", how did she wind up sitting on the back of a bus, wearing nothing but a ragged shower curtain, looking for her lost little brother Sonny (who thinks he's a dog)? Well, her life is fraught with dysfunction from her parents, her shrink (the peculiar, androgynous Dr. Heker), her more popular classmates (who ostracize Tracey, cruelly referring to her as "It") and most of all, her obsessive crush Billy Zero, the dreamy, elusive new boy in school.

Adapted from Maureen Medved's novel, the film takes its title literally. It eschews a traditional linear narrative in favor of an audacious sound-and-vision collage with the screen continually split up into fragments. Instead of falling into a set pattern throughout, the fragments (which range from two to twenty at any given moment) appear, scatter and overlap in a seemingly infinite number of configurations. The fluid, jagged editing rhythms result in illusory tricks, often leaving the viewer wondering how or if a certain fragment is related to another. Fortunately, the style and story mesh perfectly; not only do we see many perspectives onscreen simultaneously but we also get a vivid sense how Tracey's reality and fantasy tend to blur (out of nowhere, a heavily stylized credits sequence appears for Tracey's own movie about her life). Featuring an effectively atmospheric score by Broken Social Scene, the film establishes a new creative standard for what one can accomplish with digital video.
Posted by C. Kriofske at 3:41 PM No comments:

MUSIC YOU MAY NOT HAVE HEARD 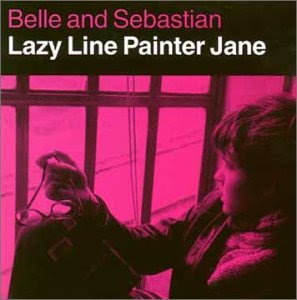 ...unless I've already put it on a mix for you. Of course I made a Muxtape. It’s the greatest internet sensation since YouTube, don’t you know. Click here to listen. The track listing (and some notes):

1. Stars, “Elevator Love Letter”: Four minutes of sustained infatuation and longing, this boy/girl duet should resonate with anyone who has ever nursed a crush on an elusive, unobtainable other, which means everyone should love it.

2. Marit Bergman, “No Party”: The misery and splendor of being alone, according to a woman who so much deserves to be a household name outside her native Sweden (especially with this video).

4. Emily Haines & the Soft Skeleton, “Crowd Surf off a Cliff”: Metric vocalist Haines strips down to nothing but a voice and a piano, but she carries the force of an orchestra with her presence (and those simple but spooky chord changes).

5. Roisin Murphy, “You Know Me Better”: Still only available as an import in the U.S., this ex-Moloko singer’s second solo album features plenty of sublime, tart dance-pop like this, where she very nearly resembles a young, pre-fame Madonna (arguably the best kind of Madonna).

6. The Negro Problem, “Repulsion (Show up Late for Work on Monday)”: Wanted to include some Stew in anticipation of seeing Passing Strange next month. I can’t wait to hear if any of its numbers feature a banjo solo.

7. The Go-Betweens, “Bye Bye Pride”: I adored this one long before its writer/singer died two years ago; it carries even more weight now, like a philosophy or way to live.

8. Saint Etienne, “Are We Gonna Be Alright”: From the band’s fan club CD compilation Boxette, a cover of a song written by Matthew Sweet. So delectably shiny/happy it makes me want to hear Sarah Cracknell’s takes on “Sick of Myself”, “I’ve Been Waiting” and many other gems from Sweet’s catalogue.

9. Imperial Teen, “Room With a View”: This venerable indie rock quartet’s fourth album would’ve ended up high on my top ten list last year if I had heard it in time; this is its centerpiece—pretty astonishing in both how grown-up and giddy it sounds.

10. John Martyn & Beverley Martyn, “Auntie Aviator”: A track I put on my beloved “Mysteries” mix that effortlessly lulls me into an altered, more blissful state every time I hear it.
11. Tompaulin, “Slender”: I just found out these obscure Brits broke up a year or two ago; they were the best band I discovered while writing music reviews for this website, and this powerful, momentous track was the most-played one on my iTunes before I had to move my mp3 library to a new hard drive earlier this year.

12. Belle and Sebastian, “Lazy Line Painter Jane”: They’ve had a fantastic career since recording this single more than a decade ago, but they haven’t topped it. Maybe it was a just a one-of-a-kind, magical convergence of melodic hooks, emphatic lyrics, cathedral organ and snappy, soulful guest vocalist Monica Queen?
Posted by C. Kriofske at 11:05 PM No comments: