AN AMERICAN CRIME
Tommy O'Haver's film raises a question I rarely ask of cinema (unless I'm screening shorts, of course): "Did this really need to be made?" It's based on a true story: in 1965, single mother Gertrude Baniszewski (Catherine Keener) not only kept a teenage girl, Sylvia Likens (Ellen Page), locked in her Indianapolis basement and tortured her, but also encouraged her own children to do the same. Framed by a recreation of the subsequent trial against the Baniszewskis, the film recounts how Sylvia first came to live with the family, and brutally details how a combination of jealousy, drug abuse, and maybe even some mental illness resulted in a shocking, landmark child abuse case.

Keener gives a magnificent, understated performance that intriguingly teeters on the brink of nearly making Gertrude a sympathetic figure. Page also continues to show she's a young actress to watch. In fact, the entire film is competent and seems artful, but it's also exceptionally difficult to sit through, at times coming this close to being a snuff film. Some will argue that it has worth as a cautionary tale to the horrors of torture and abuse, but I don't completely buy that—what we get out of AN AMERICAN CRIME is a great performance, a haunting story and an exhaustive litany of atrocious behavior that proves…some people are capable of horrendous things? See the film once for Keener, but only true masochists will want to sit through it a second time. (2.5/5)

THE GREAT WORLD OF SOUND

The title is actually the name of a small record label in the film that bills itself as a "talent search company". Salesmen are hired as "record producers" and trained to audition aspiring musicians whom they encourage to sign up, make a CD and become a star. It also sounds too good to be true, especially when the musicians themselves must put up 30% of the production and distribution costs.

We follow two freshly minted producers: Martin (Pat Healy), who's nebbish, agreeable, young and white (sort of resembling a Gen-X Bob Newhart), and Clarence (Kene Holiday), who's black, older, and far more gregarious. The label sends them to second-tier cities like Birmingham, Alabama to audition hopeful amateurs; naturally, they have to do this in their own hotel room and often without any financial support from the label. The film's hook is that the people auditioning are, with at least two exceptions, the genuine articles—they're actual musicians who responded to a facetious ad placed by the filmmakers. It's a novel idea that plays out beautifully: the actors get to flex their very capable improvisational skills, while we get to explore the parallels between the scams perpetrated within the film and those by the filmmakers.

Pairing up Healy and Holiday seems like an obvious ploy for yin-yang interaction, but both actors successfully enliven their characters. Holiday, in particular, evolves from a sitcom-rote figure to a thunderous, near-tragic entity: his climactic speech to Healy is highly affecting, far-reaching and unsentimental in how it pauses to consider the world beyond the film, not to mention the necessity of some scams. The film drags when the focus shifts to Healy's relationship with his artist girlfriend, but THE GREAT WORLD OF SOUND is mostly enjoyable and more than merely clever: an abiding sense of melancholy favored over cynicism gives it its soul. (4/5)

BORN AGAIN
Markie Hancock's middle-class childhood in Altoona, PA was typical in every way except for one: she was raised as a Fundamentalist Christian. Later, as an adult, she came out as a lesbian and renounced her faith. This documentary is an autobiography of sorts and for the first half, it's your standard low-budget, self-indulgent video essay, combining voiceover narration with ancient home movies, diary entries read aloud to the visual accompaniment of stock footage and the like. Hancock's story takes an interesting turn, though, as she begins to incorporate interviews her family. Her older sibling has also renounced his faith, while her parents and her younger sibling are still devout. What emerges is a portrait of a family ideologically divided, yet one that struggles to uphold a semblance of unity despite that rift. Lucky for Hancock, her family is mostly willing to be candid about how they feel. While making this film is clearly therapeutic and validating for her, for us it's nearly as insightful to watch this dynamic play out and feel its repercussions, both positive and negative. (3/5)

FOUR SHEETS TO THE WIND

Sterlin Harjo's first feature arrives nearly a decade after SMOKE SIGNALS promised a wave of Native American cinema that never really amounted to much. It's another coming-of-age, leaving-the-Reservation tale, this time set and filmed in Oklahoma. The main character, Cufe (Cody Lightning) has just buried his father who had committed suicide. After the funeral, Cufe visits Miri (Tamara Podemski), his estranged older sister, who moved away to Tulsa a few years back. Predictably, he discovers a whole new world in the big city, although he also learns more about the difficulty his sister has had distancing herself from her past.

Workshopped at the Sundance labs, this strikes me as a prototypical Sundance film, particularly one from the days before the festival overflowed with big business and hype. It's sweet, earnest, a little dull but honest. Lightning is an adequate if not all too charismatic lead. However, Podemski deservedly won an acting award at Sundance this year and Jeri Arredondo, who plays Cufe and Miri's mother, is just as good. (3/5)

DEATH AT A FUNERAL
This dyspeptic British comedy regarding a family funeral for a deceased patriarch shouldn't work at all. It has too many characters to respectfully consider, an abundance of outlandish plot twists, and a steady current of lowbrow humor. And yet, it averts disaster (and occasionally soars) simply because it's funny, and consistently so at that. Frank Oz can be hit-and-miss as a director (for every gem in his discography like the underrated WHAT ABOUT BOB, there's a STEPFORD WIVES), but here he's completely suited to the zany pace, nimble construction and delightfully dark tone of Dean Craig's screenplay. The large ensemble cast features a bevy of Brits young and old, but the most inspired work comes from American actors Alan Tudyk (FIREFLY) and Peter Dinklage (THE STATION AGENT): to reveal anything more about their characters would spoil the fun. DEATH AT A FUNERAL is certainly a crowd-pleaser, and I could ramble off a long list of smarter and more nuanced comedies I've seen—but I couldn't tell you the last time I've laughed so hard watching one of them. (3.5/5)
Posted by C. Kriofske at 11:04 PM No comments: 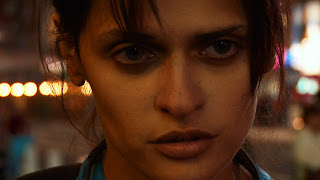 It's ideal to go into Julia Loktev's remarkable debut feature not knowing anything, but it's also damn near impossible to write about it without disclosing key information. (However, basic knowledge of the plot did not seriously lessen the film's impact for me, so SPOILERS AHEAD).

We follow a 19-year-old girl (Luisa Williams), her character only referred to as "She" in the credits. She seems to be on an important mission, training to do something. We watch her receive instructions to carry out, first via phone, then from mysterious figures whose faces are sheathed in black masks. Dropped off in a hotel, She obsessively bathes every crevice of her body and recites cryptic mantras to herself.

It (very) gradually comes into focus that She is a suicide bomber and her instructions are to self-detonate herself in a random crowd of people in congested Times Square. We never fully learn what organization She's doing this for, or even whether its affiliation is religious, political, or other. She also seems to deliberately be a blank slate, devoid of determinable ethnicity or accent. As She reaches her final destination, the film gains intensity and insight as both She and the audience come to terms with the complexity and consequences of what She has set out to do.

The film's methodical pace, muted expressiveness, abundance of close-ups and concern with one's own fate earn the Dreyer and Bresson comparisons it has received; the influence of Iranian cinema is also felt throughout, especially in the oblique and not entirely conclusive narrative. All of these ambiguities may frustrate many viewers, but Loktev has created an original, assured, involving, uncompromising film. It may have a bare-bones style, but there's so much going on here.
Posted by C. Kriofske at 10:57 AM No comments:

Some mixes are tossed off in a week or two (or one particularly obsessive evening); others take much longer to finish. I started this one on a Greyhound bus bound for Manhattan in late April of last year and completed it nearly six months later for a friend’s birthday. Since then, I've played it often, mostly on road trips.

I wanted to craft something that would be ideal for listening to after dark, preferably in the wee, deep hours of the night. I thought back to the 11:00 PM to 3:00 AM shift I worked as a residence hall desk receptionist in the summer of ’95; I also remembered when I used to drive all over Milwaukee at night just to listen to music in the car. My working title for this mix was “Subterranean”, which I thought aptly described the groove I was going for: moody, subdued, hypnotic, chill.

“Lullaby” is a suitably mystifying minute-long snippet from THE WICKER MAN soundtrack (the original, not the negligible Neil LaBute remake); here it’s a prelude, an opening theme song. “Dress Up In You” gently fades in from some seemingly secret, special place, and so it goes, its indie pop bleeding into The Zombies' chamber psychedelia, Luscious Jackson’s stretched-out jam barely separate from Brian Eno’s momentous crawl, the quietly dramatic, a capella finale of VU's “Jesus” giving way to Stereolab’s blips and bleeps. While some mixes are aptly just that—a true blend, all over the map—here I aimed for something coherent, a simmering whole with more flow.

I was in no rush to finish it, knowing I had the time. I'm glad I let it gestate; otherwise, I never would've included the title song, which I owned but barely noticed until it appeared, quite strikingly, in the film RUSSIAN DOLLS; nor would I have ever heard the Space Needle song, which popped up at the last minute in an episode of VERONICA MARS. The final track, "Spoon" also re-entered my consciousness via a movie soundtrack. It carries a little jolt that's somewhat out-of-character for the mix, but I get excited every time it comes on—it's a respite, a diversion, a space to suddenly awaken after nearly dozing off.
Posted by C. Kriofske at 8:43 PM No comments:

I began working on a review of AWAY FROM HER last week for this blog, but I'm not sure I'll ever finish it. After many false starts--about why Sarah Polley is such a good actress (turned director), why what she's touched upon in the film is so rare and messy and graceful and significant, stumbling to articulate what makes Julie Christie's performance astonishing--I've put it aside. However, I can say that the final shot of two sets of skis, dutifully sloshing through the snow, followed by k.d. lang's version of the old Neil Young song "Helpless" over the closing credits, moved me more than any ending of a film I've seen in ages.

Until the pen starts flowing again, here are some pix I took on a day trip to Gloucester and Rockport over Memorial Day weekend. 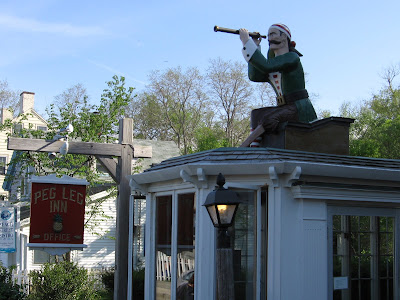 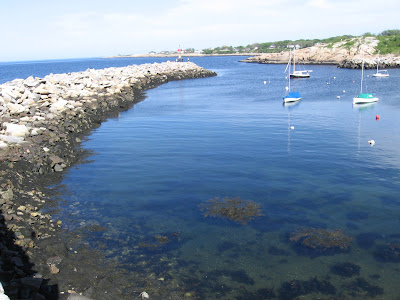 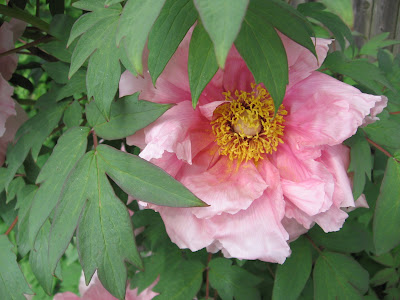 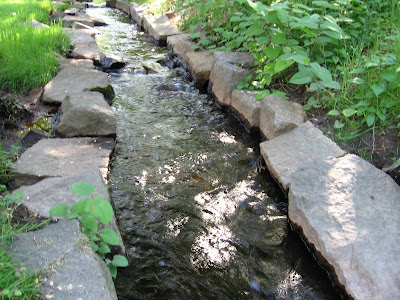