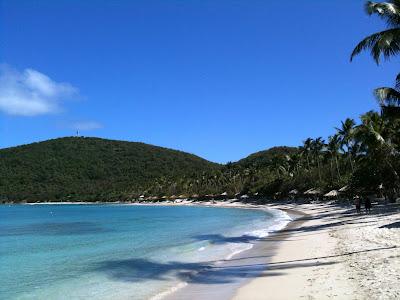 It feels absolutely surreal that I lounged on this Caribbean beach less than a week ago. More pictures to come...
Posted by C. Kriofske at 9:37 PM No comments: 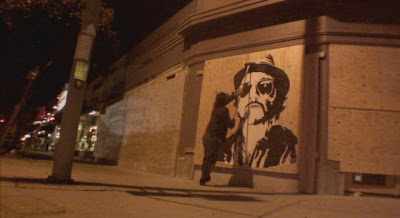 1. EXIT THROUGH THE GIFT SHOP
When I saw graffiti artist Bansky’s documentary early on in its theatrical run, I did not even question whether it was real or a hoax—I completely bought the truth-is-stranger-than-fiction account of transplanted French shopkeeper Thierry Guetta, who captured nearly an entire artistic movement with his video camera and then turned it on its head by becoming its most outlandish participant. At face value, the film exhilarates via its ingenuous construction and shrewd critique of street art’s inevitable commoditization. That it might all be made up is less a cheat and more a fascinating study of just what an audience will take at face value. 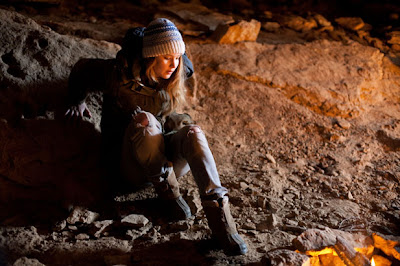 2. WINTER’S BONE
Debra Granik’s award winner and surprise hit could be a textbook example of everything good about independent film, yet it’s almost too good to set aside as a mere example. The story concerns a teenager (the superb Jennifer Lawrence) in the Missouri Ozarks searching for her father, who has disappeared after selling the family house as a jail bond, but Granik is more concerned with creating a vivid sense of place and unforgettable characters such as John Hawke’s weathered, strung-out uncle and Dale Dickey’s vicious yet oddly maternal force-of-nature. Stark but deeply affecting and authentic, the film expertly humanizes a world foreign to most of us. 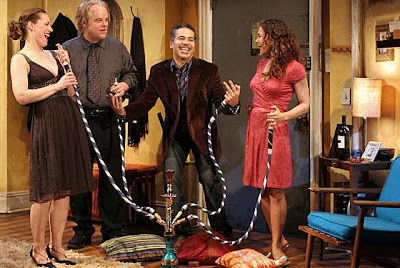 3. JACK GOES BOATING
I’m baffled as to why most critics underrated or altogether dismissed actor Philip Seymour Hoffman’s warm, poignant directorial debut. His adaptation of Robert Glaudini’s play is an actor’s showcase for sure as all four principals shine (particularly John Ortiz). However, Hoffman also demonstrates a real talent for combining a feel for life’s daily rhythms with a wistful, poetic style that points towards magic realism without seeming false or strained. He’s made a lovely little film about genuine people falling in and out of love, and I hope he gets to direct another one. 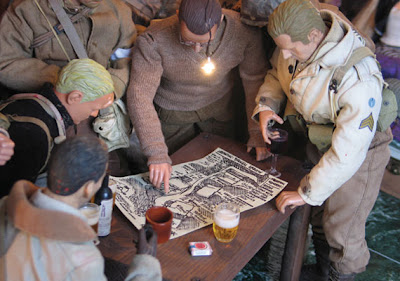 4. MARWENCOL
A masterful illustration of art-as-therapy but also a haunting, riveting profile—after years of supervised rehabilitation following a violent attack on him by six men, Mark Hogencamp deals with his trauma on his own by constructing an ever-more elaborate facsimile of a World War II era Belgian village populated with dolls which he then photographs. Serious and profound rather than kitschy and flippant, he creates great art—as does director Jeff Malmberg, who carefully reveals one by one the hidden layers of Hogenkamp’s astonishing story without any exploitative slant. 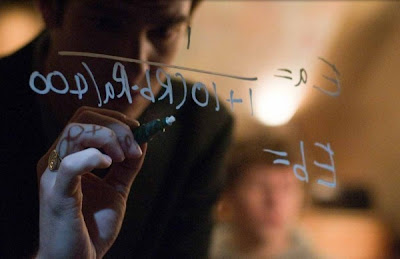 5. THE SOCIAL NETWORK
For something so closely linked to a specific moment in time (in this case, the social media boom of the early-mid Oughts), “The Facebook Movie” recalls 1970s New Hollywood auteur cinema in its preference to character development over generic plot fixtures and by placing faith in an audience’s ability to keep up with its moral ambiguities and briskly paced dialogue (it’s nearly the Arrested Development of biographical dramas). Director David Fincher and screenwriter Aaron Sorkin bring out the best in each other, but Jesse Eisenberg’s Mark Zuckerberg is for the ages: frightfully intelligent and ruthlessly deceptive, but also seriously flawed and almost someone to root for. 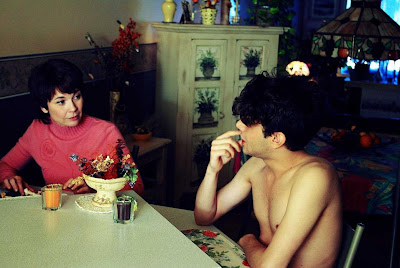 6. I KILLED MY MOTHER
Frankly, I’m a little scared of Xavier Dolan. He wrote, directed, produced and starred in this film and did it all before he turned 20. Not only has he made a personal, poetic work with a clear vision, he’s also uncommonly assured and perceptive—he sees the good in his screen alter-ego Hubert yet he also knows how much of a self-absorbed little prick he can be. Plus, he has an equally endearing/annoying counterpart in his mother (Anne Dorval)—their letter-perfect verbal sparing matches should resonate with any mother and son. 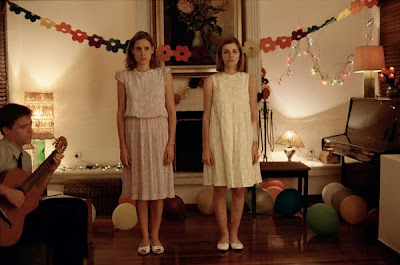 7. DOGTOOTH
Speaking of clear, unique visions, Giorgos Lanthimos is fully committed to his equally strange and compelling one. In his first feature to get any attention outside Greece, he presents a cautionary tale so theoretically outrageous that it sounds absurd on paper: a man and woman raise their children in complete isolation to protect them from the outside world and instill this artificial world with their own rules and language. A relentlessly black comedy, DOGTOOTH imagines an extreme but (as it plays out) startlingly plausible scenario and sees it through to the bitter (if deliciously ironic) end. 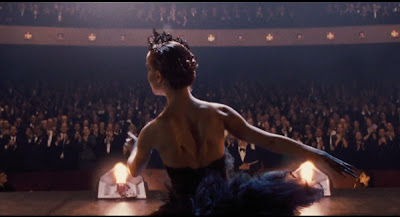 8. BLACK SWAN
Recognizing that the ballet provides an especially intoxicating setting for a psychological horror film, Darren Aronofsky more or less remakes THE RED SHOES with the wizardly, deliberate artificiality of a young Brian De Palma. Thankfully, by reveling in the narrative’s camp tendencies he doesn’t take himself too seriously; nor does he lose control of a roller coaster ride that forever threatens to spin off its rails. After years of showy, not-quite-there work, Natalie Portman gamely proves her mettle—she’s the film’s center, but she also gleefully, confidently loses herself in the process. 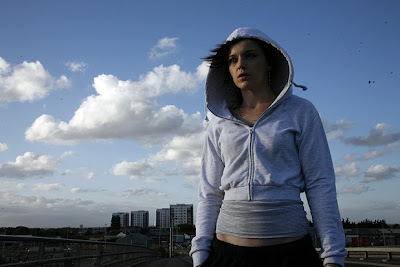 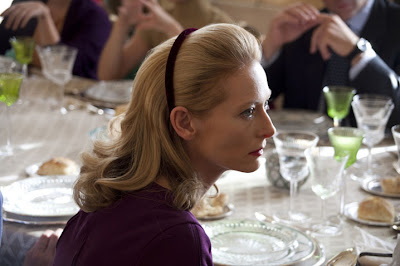 10. I AM LOVE
An unapologetically old-fashioned melodrama centered on a wealthy Milanese family, it will not appease those seeking subtlety (or even logic), but for me, its skill, sheer chutzpah and a divine Tilda Swinton speaking fluent Italian obliterated such concerns. When did anyone last attempt something even remotely like this film’s operatic, furiously-edited finale where the thrilling, maddening score keeps building and building until the whole thing practically explodes? Ridiculously massive and moving, it may take itself more seriously than BLACK SWAN, but it goes for broke (not to mention baroque) without falling apart.

BEST WORST MOVIE
You can’t piss on hospitality, and you can barely find any flaws in this entertaining, oddly affectionate documentary about a most preposterous low-budget film called TROLL 2.

BLUE VALENTINE
A brutal (if not altogether bleak) dissection of a souring relationship made palatable by strong performances and an honest (if blunt) viewpoint that’s refreshing by most relationship film standards—both indie and otherwise.

EVERYONE ELSE
An even more intense (and thrilling) dissection of a romantic couple, or, to quote Scot Colford, “That moment in a relationship when you see your partner deciding whether he/she would rather be a freak or a douchebag.”

THE GHOST WRITER
An expertly executed Roman Polanski thriller (not so common these days) that uses its eye-catching setting brilliantly and gets good, subtle work from Ewan McGregor and Pierce Brosnan.

THE GOOD HEART
Brian Cox and Paul Dano inhabit an un-gentrified New York that tempers its ancient corridors and outdated misogyny with camaraderie and offbeat humor that won’t appeal to everyone, although it should have reached more viewers than it did.

INSIDE JOB
This is how to make a film about the 2008 financial crisis—it lays out the facts in a clear, concise manner, then, without any snark, offers real solutions that favor rational thinking over manipulated emotions.

JOAN RIVERS: A PIECE OF WORK
A year in the life of everyone’s favorite bawdy female Jewish comedienne that gains momentum and purpose by exploring how much her ability to work and keep pushing herself is a life force.

MICMACS
Shame on Sony Pictures Classics for almost burying Jean-Pierre Jeunet’s latest, in which a quirky assembly of misfits become a surrogate family and a makeshift army in typically, crazily inventive Jeunet fashion.

MOTHER
Bong Joon-ho (THE HOST) returns with an astutely, intricately plotted mystery anchored by a mother of a performance (literally!) from Kim Hye-ja as someone who takes the notion of protecting her son to an awesome, almost terrifying extreme.

NIGHT CATCHES US
Tanya Hamilton’s truly independent, long-gestating project is personal cinema of the sort one rarely sees anymore—her evocation of a specific time and place (1976 Philadelphia) matches her skillfulness in expressing its cultural meaning and significance.

PATRIK, AGE 1.5
Maybe someday an American will make a gay-themed film as sharp and cliché-free as this affable Swedish adaptation of a stage play about a male couple whose adopted son is not what they were expecting.

PLEASE GIVE
In her most accomplished work to date, Nicole Holofcener proves herself Woody Allen’s real heir, insightfully weaving together a colorful set of New Yorkers either wracked with too much guilt or lacking an adequate dose of humility.

ALSO RECOMMENDED:
(Other films which also received at least four stars out of five)

*released on DVD in the U.S. as MANSON, MY NAME IS EVIL, regrettably.
Posted by C. Kriofske at 12:00 AM No comments: 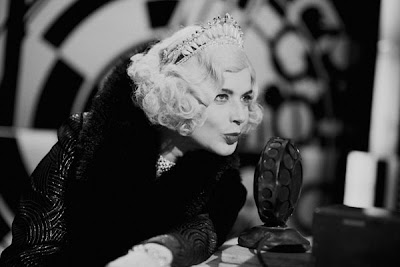 This year's Chlotrudis poll is a survey of favorite films from the last decade or so (specifically, 2000-2010). Members were asked to submit a top 20 list, which was extended to 50, and then again to 70. I already counted down my favorite 50 films of the '00s about a year ago; here's my revised and expanded-to-100 list, with the inclusion of a few 2010 candidates.

I wouldn't put too much weight every single ranking, given how fluidly my opinions shift--a week after making this list, I saw BLACK SWAN a second time and would now place it slightly higher.

Usually I would rattle off a number of how many novels, memoirs, etc; I read over the past year, but as I examine my list, I'm seeing more than a few books falling into (or inbetween) multiple categories. Anyway, here's five that I really enjoyed:

Robert Altman: An Oral Biography - Mitchell Zuckoff (ed.)
Of course Altman's biography should be orally told--what better way to approach the effect of his films' deliberately messy, overlapping dialogue? With everyone from Julie Christie to Cher contributing, it's obviously entertaining but also resonant with echoes and contradictions, just like the omnipresent mirrors in The Long Goodbye.

Party Animals - Robert Hofler
A biography of Allan Carr, the larger-than-life caftan-enthusiast who found fame producing the film version of Grease and greater infamy for most of his following projects (including the Village People musical Can't Stop the Music). A frivolously fun must-read for aficionados of artistic folly, camp and 1970s/80s excess.

Zeitoun - Dave Eggers
Eggers' account of a Muslim family enduring Hurricane Katrina and its aftermath has all the richly-drawn characters and stop-at-a-dime plot twists of a great novel, even though it's a nonfiction work--perhaps the most damning and artful documentation of that disaster to date.

I Know I Am, But What Are You? - Samantha Bee
The Daily Show correspondent Bee's collection of scathingly funny essays presents a winning, bold but self-deprecating persona: she comes off like a friendly neighbor who seems perfectly normal at first glance until she relates to you the time she spent performing in a travelling live version of a Brazilian kids TV show. In other words, the closest female equivalent to David Sedaris I've yet read.

Freedom - Jonathan Franzen
One expected an ambitious, sprawling doorstop of a novel from Franzen, but never did I anticipate that it would surpass The Corrections. Once again, Franzen shows an innate knack for grabbing the reader's attention from the very first page and sustaining it; he also manages to somehow masterfully sum up the preceding decade's culture and attitude through a tale of one incredibly, touchingly flawed family.