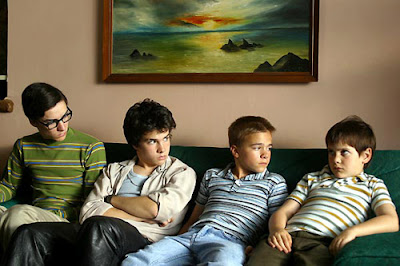 In the last decade or two we've seen so many coming out stories on film (and coming of age stories in general) that we shouldn't expect any new ones to tell us something we don't already know. Jean-Marc Vallée's C.R.A.Z.Y. (the title is an ingenuous pun spelt out at the closing credits), a French-Canadian production that's finally been released in the U.S., really shouldn't work: its main character, Zac, is the fourth of five boys (and the only gay one) in a Catholic Montreal family. Opening with his birth on Christmas, 1960, and spanning the next twenty-odd years, the film is about Zac's struggle with his sexuality and his yearning for acceptance and understanding from his cool but rigid father, Gervais (Michel Côté), whom he idolizes.

And yet, despite the overly familiar sounding premise, C.R.A.Z.Y. is actually a refreshing, marvelous film that gets nearly every detail right. It expresses an uncommonly vivid sense of Zac's evolving persona and the internal and external conflicts it causes. Unlike others tales of this ilk where accepting one's own identity (sexual or otherwise) is executed with all the grace and profundity of a neatly tied-up sitcom punchline, this one incorporates pivotal moments in the protagonist's search for himself (getting caught dressed up in his mother's clothes by his father at age six, for instance) with smaller, less showy incidents (a teenager's slight change of hairstyle or wardrobe) to present a character that's always growing, sometimes regressing, and often questioning who he is and what he wants to be. It sounds like the simplest thing in the world, but few films dig this deep and remain so consistent and involving.

While Zac's sexuality is the film's central narrative strand, it's far from the only one. C.R.A.Z.Y. works primarily because it considers so much else. It explores the dynamics of a large family from a distinctively Quebecois Catholic perspective—father/son, mother/son, husband/wife and brother/brother are all given their due. It also lovingly (and from what I've read, most accurately) recreates suburban Montreal of the 1960s and 1970s, nailing the period style and kitsch without seeming secondhand. And speaking of style, Vallée has fashioned a world via cinema that feels like a truly fabulous cross between a David Sedaris childhood essay and a Todd Haynes film (particularly VELVET GOLDMINE). He fluidly mixes the surreal (you've only previously imagined of hearing The Rolling Stones' "Sympathy For The Devil" in such a context) with a textural sense of place and sets it all to a thrilling, expansive soundtrack (including Patsy Cline, Pink Floyd, Charles Aznavour, The Cure, and a reoccurring, goosebump-raising chorale piece) that always belongs to the scene it scores, never feeling intrusive nor like an afterthought.

The film also benefits from a solid cast. Côté, perhaps, leaves the strongest impression as Gervais, a fantastic yet flawed father, utterly humane and sympathetic in wanting the best for his boys but tragically stuck in his old-fashioned, machismo-driven perception of what that is. As Zac, Marc-André Grondin convincingly articulates the subtleties of his character's journey from a somewhat green, goofy 15 year-old to a more confident (and far more conflicted) young adult. Danielle Proulx is simply wonderful and winning as the mother, a housewife who becomes as Zac's co-conspirator, champion, and spiritual conduit.

Despite the language barrier, the numerous cultural differences (do they really eat ironed toast in Quebec?) and its straight-to-DVD release in this country, hopefully C.R.A.Z.Y. won't have difficulty finding an American audience (no matter how cultish). It never condescends to its viewers, nor does it have any of that "this is my important life story" self-indulgence. The plainspoken, disaffected narration throughout perfectly compliments what is essentially a humble film, a celebration of being different by emphasizing how normal it is that we're all individually unique. It has a tender soul beaming through all of its quirky humor, especially when the teenaged Zac says, a little mournfully, "I just want to be like everyone else"; the person he confides this to wisely reassures him,"Thank God, you never will."
Posted by C. Kriofske at 11:35 PM No comments:

I took these on my birthday last month, 100 miles west of home--something to fill this space until I start making more time to write again. 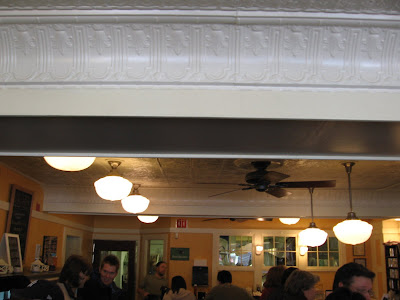 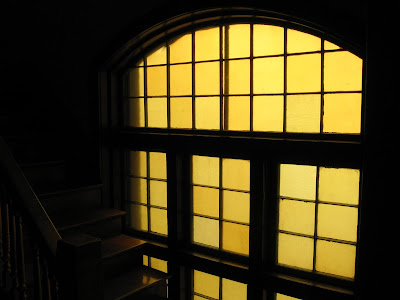 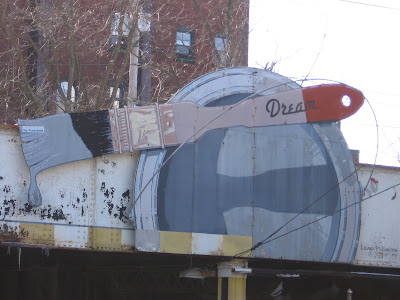 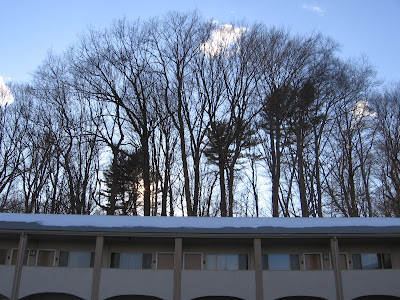