I returned to Milwaukee two weekends ago. I went primarily to see an old friend, although I guess I could also consider the city itself one at this point. I was last there in 2003, when I spent more than enough time (nine days!) flailing about old haunts, trying to recapture something long gone. On this visit, I knew better and stayed for just four nights. Having no expectations (apart from consuming as much frozen custard as possible) made the trip much more enjoyable. What follows is an abbreviated, idiosyncratic tour (is there any other kind?) in two parts. First up: Friday and Saturday. 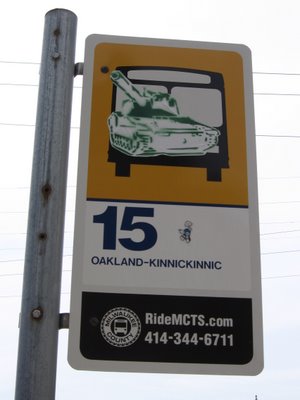 We used to call the city buses Green Limousines because of their uniform color. The rickety older ones were decidedly un-tank-like. 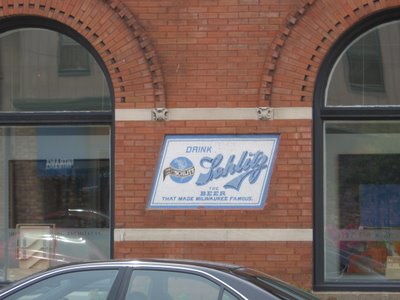 Schlitz hasn't been brewed in the city it made Famous for nearly a quarter century, but the iconic signage remains omnipresent and celebrated. 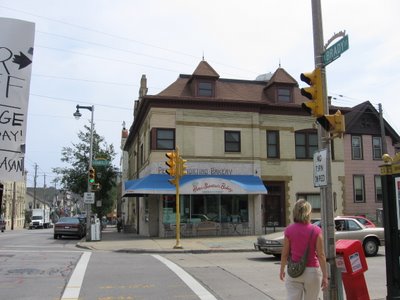 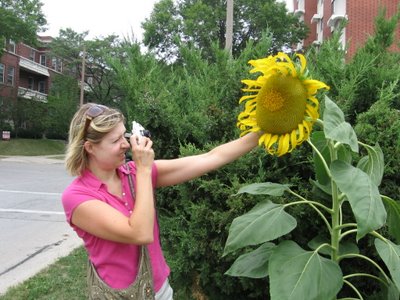 Laura spots (and captures) a mighty sunflower on an unassuming city block. 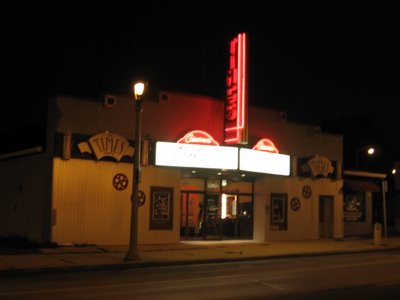 The Times Cinema on Vliet St. We saw RUSSIAN DOLLS there on Friday night, and they even had an employee who somewhat resembled my theater's former programmer. 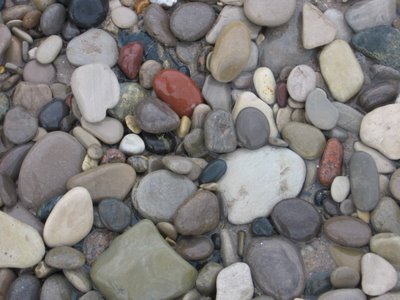 The hours I spent as a child searching for cool stones along the shores of Lake Michigan. 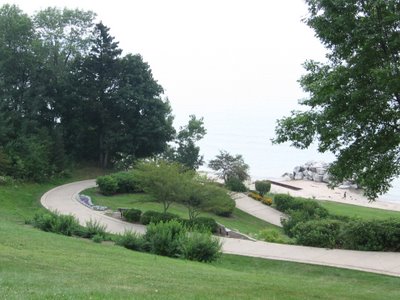 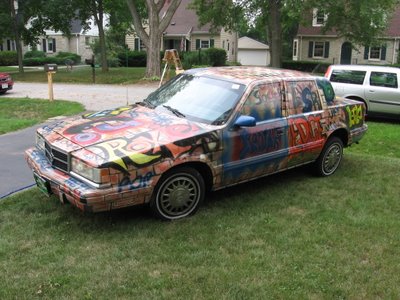 We were encouraged to "sign this car" (with magic markers) at Gallery Garage, an art show in someone's backyard where Laura had work on display 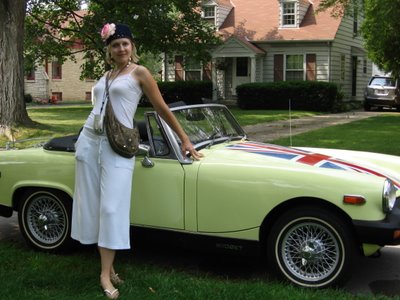 She purchased a funky, retro hat. But the even funkier car was not for sale... a shame, as they went so well together. 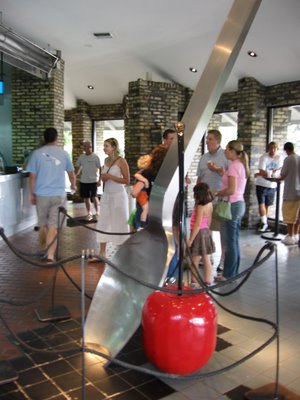 Given their tendency to make like two particular place setting items in the old Mother Goose tale, the massive spoon and maraschino cherry had to be fenced off at the Kopp's Frozen Custard in Glendale. 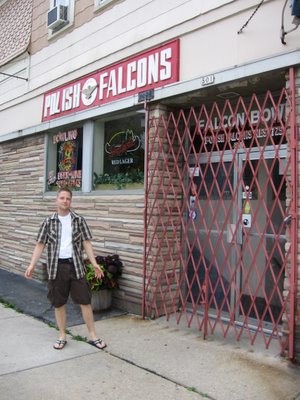 I take pride in my ethnic heritage on a street corner in Riverwest. Sadly, there was no bowling that day. 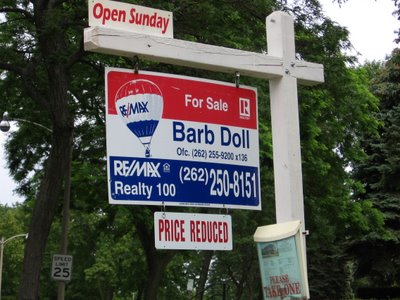 Do most of her clients struggle in vain to keep from making fun of her name? Is that to blame for the reduced price? 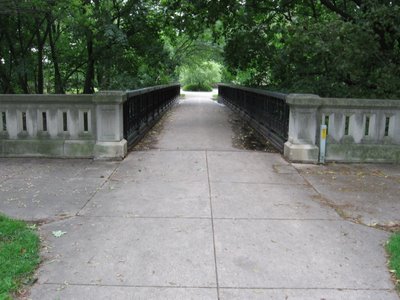 A moody stroll through gloomy Lake Park, along the bridge over the ravine; I can't imagine it appearing any other way. 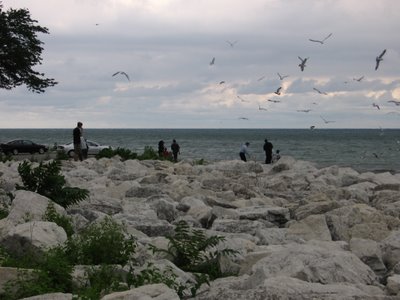 And back to the Lake: light pokes through soupy grey skies as revelers gather to watch the gulls.
Posted by C. Kriofske at 9:07 PM