A DECADE OUT EAST

I moved from Milwaukee to Boston ten years ago today. To celebrate, here's a decade in snapshots I've taken: 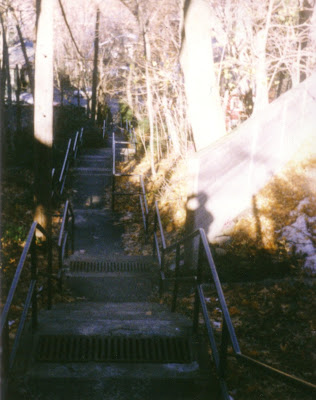 1997: Winchester Path, Brookline Hills
Accustomed to the Midwest's homogeneous street grids, Boston's spaghetti-tangled layout both challenged and captivated me. I was awestruck the first time I came across this pedestrian hillside walkway. This was taken on a brisk Thanksgiving Day hike when I really had nothing better to do (except maybe renting movies). Thanks to the sun's position, it's the only self-portrait here. 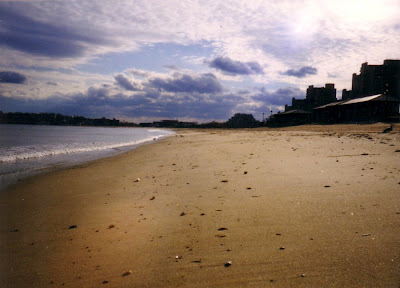 1998: Revere Beach
Only I would take the Blue Line outbound to its terminus on a not particularly warm November Saturday afternoon to go to the beach and explore. Luckily for me, the sky was a magnificent blend of hues and textures--plus, I had the place practically all to myself. 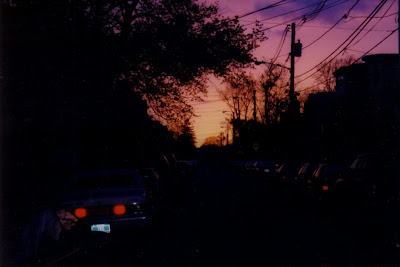 1999: Aldie Street, Lower Allston
Another gorgeous, otherworldly sky. I remember a few instances over the years where I just had to run home to my apartment, grab my camera, and rush back out again to capture the remnants of a sunset in all of its glory before it would irrevocably fade away. 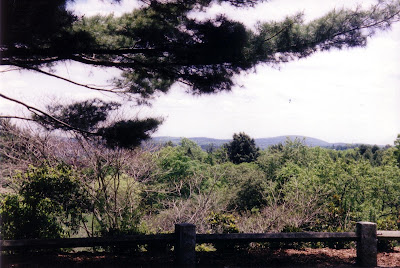 2000: Bussey Hill, Arnold Arboretum
Now I live within spitting distance of this place, but for many years, it involved much more effort to get there. Consequently, I take this vista (looking out towards the Blue Hills) for granted until those increasingly rare occasions when I see it in person. 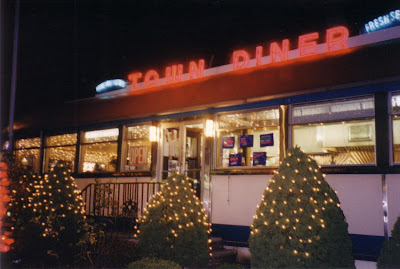 2001: Deluxe Town Diner, Watertown
How I ended up living in the suburbs for two years isn't terribly complicated, but not compelling enough to get into here. However, this refurbished vintage diner in my then neighborhood was a godsend; it remains one of my favorite haunts in the whole area and the only place I know where one can get real maple syrup at no extra charge. 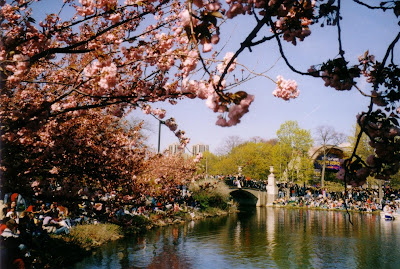 2002: EarthFest, The Esplanade
Spring always feels more vibrant here than it did where I grew up. As with Autumn (curiously not as dynamic as back home), every year I try to capture the world in flux. This was taken at a free radio station-sponsored concert headlined by Bonnie Raitt; I love how the people strewn all over the grass almost seem like a natural part of the landscape at this distance. 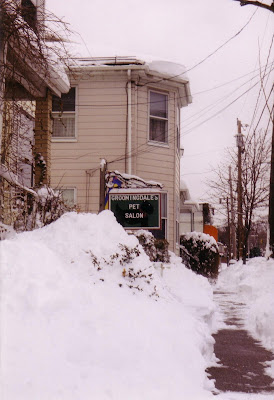 2003: Belmont Street, Cambridge
Over two feet of snow fell the day before my birthday that year. I strolled through my nearly deserted neighborhood, taking pictures of sidewalks and snowbanks, crouched down in an effort to get an accurate sense of just how much precipitation the storm left in its wake. 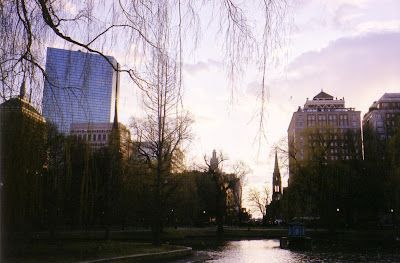 2004: The Public Gardens
I view this now and immediately feel warm and serene. Cities can be tough, irritating places to live in and just deal with, but once in awhile you can sense their beauty and poetry. 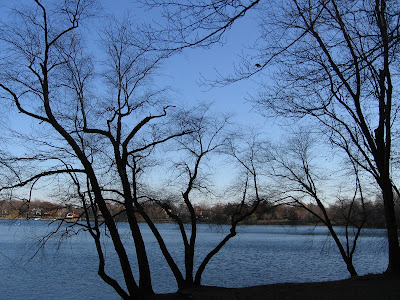 2005: Jamaica Pond
I moved to Jamaica Plain over two years prior to this photo, and the place it was taken at contributes greatly to why I feel so home in that part of town. I'll visit The Pond any time of year and usually see something in a way I haven't previously. This shot is from late Autumn; I think it proves that trees don't necessarily need fauna to appear interesting. 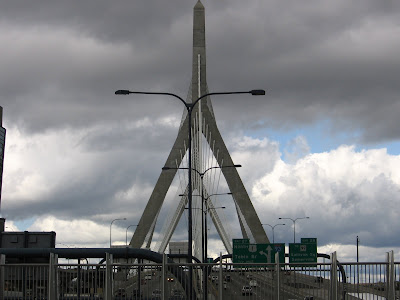 2006: The Leonard P. Zakim Bunker Hill Memorial Bridge
Having just missed a commuter rail train at North Station, I had two hours to kill. So, I ambled through Charlestown and the North End and got a few shots of something that wasn't there ten years ago. It's no Golden Gate, but it's mightier than the Hoan. I like how it gives Boston some much-needed drama (aesthetically, of course--it has more than it needs in the attitudinal sense). 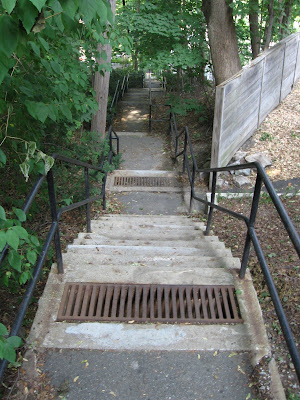 2007: Winchester Path, Brookline Hills
I couldn't resist going back to where I started. Of course it's not an exact replica, this being August. But it's comforting to know it's still within my grasp (I currently work about a ten-minute walk away from it). Like Boston itself, it also still hasn't lost its charm.
Posted by C. Kriofske at 7:59 AM