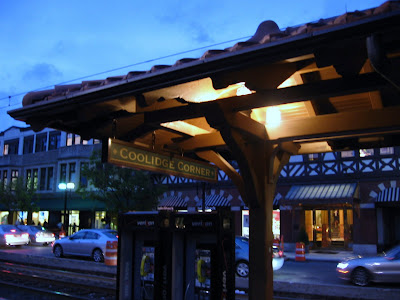 Welcome to the neighborhood I work in. 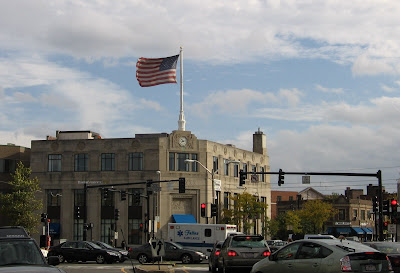 Coolidge Corner is essentially the intersection of Beacon and Harvard Streets in Brookline, Mass., an affluent, liberal, heavily Jewish suburb that cuts right into Boston. In the decade plus I've lived in the area, I've always been close to this part of town, if never an actual resident of it. Both Boston University and the last place I worked at are within walking distance. 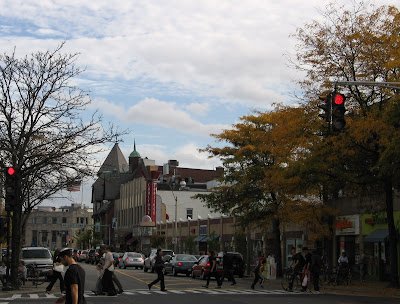 Looking Southbound down Harvard St., you can see where I currently work. 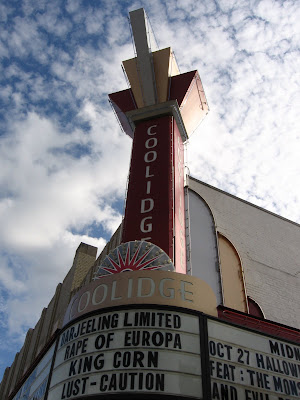 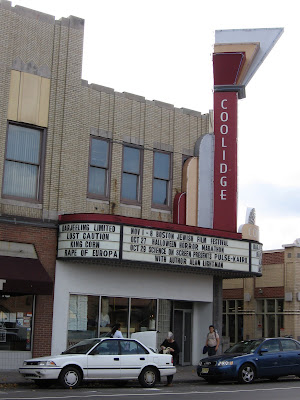 ...and a more accurate view of the actual building. Although the exterior is not too impressive (save for the glorious marquee, which was added on in 2002), the Coolidge Corner Theatre was what usually drew me to this neighborhood, long before I began working there four years ago. 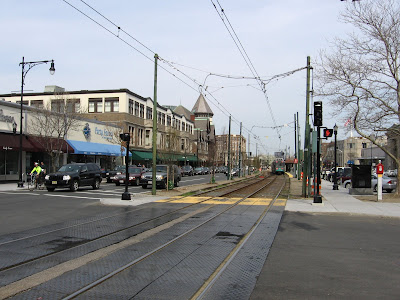 The neighborhood is a business district and popular upscale shopping destination, not least because the C Train on the MBTA Green Line runs straight through it. However, easy access to public transit does little to prevent incessant traffic jams. 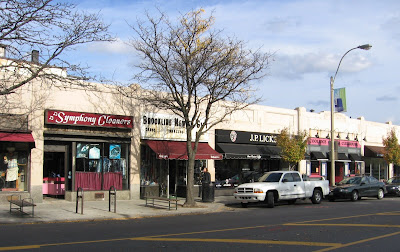 It's a close-knit community that has its share of local retailers and institutions. 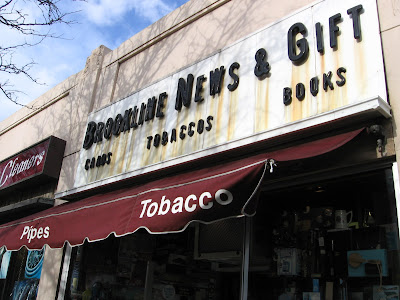 This store, in particular, is the kind of decades-old eccentric hangout you wouldn't find anywhere else. Cluttered from floor to ceiling with such marginalia as games, gag gifts and smokes, I don't know how it survives in an area of skyrocketing property values. I rarely visit it myself. 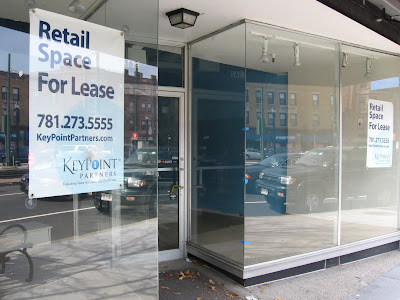 Sadly, more and more local retailers can't keep up with the area's escalating rents. Until last summer, this space housed a used bookstore, but it couldn't compete with the likes of Barnes and Noble and Brookline Booksmith just around the corner. 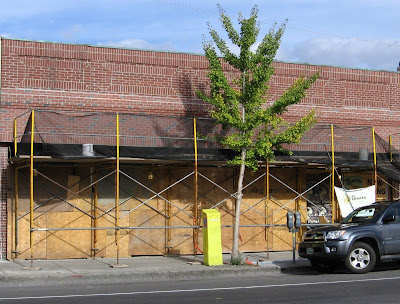 This was once a locally-owned cafe/grocery store that was usually packed with customers; rumor has it that the owner went bankrupt. 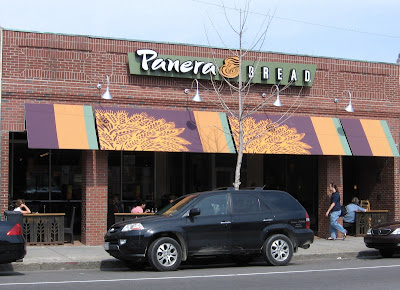 Now it's this. Not as much fun, but at least this particular chain seems to be a good match for the neighborhood's latte-drinking, sandwich and salad consuming clientele. At lunch time, I can barely find a vacant table there. 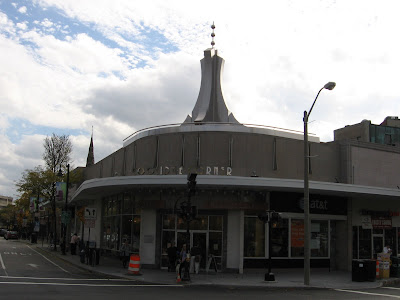 Still, at least much of the architecture remains distinctive. Like this Art Deco building, home to an oddly space age-themed monument on its roof, celebrating the town's 300th anniversary. 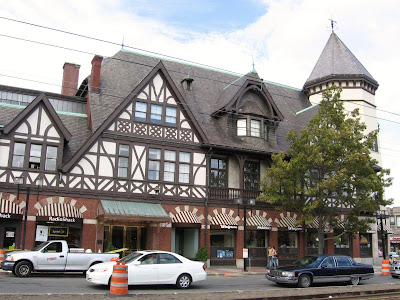 Directly across from it sits the S. S. Pierce building, a Tudor-style castle. It doesn't fit in with its neighbors all that well, although it's arguably the intersection's most recognizable landmark (next to the marquee, of course) due to its imposing girth. 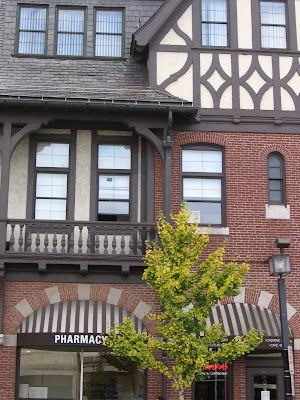 Here's a close-up on the building's detail. You just don't find this style of architecture anywhere else in the Boston area. 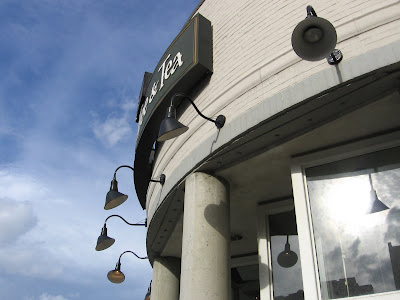 At least most of the incoming chains have held on to (or accentuated) their building's quirks, like this Peet's on Harvard St. 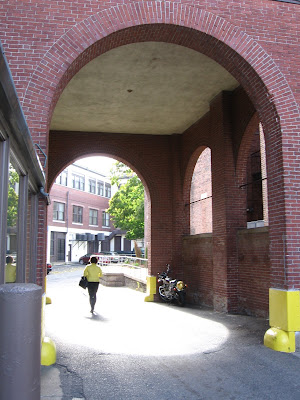 Part of the S. S. Pierce, this archway is actually a hidden entrance to a municipal parking lot. It's one of the neat little touches that gives Coolidge Corner a bit of character.
Posted by C. Kriofske at 10:15 PM