At least three of my top ten albums this year exhibit a considerable Kate Bush influence—not a bad way to close out the decade. However, it concerns me that I ended up downloading every single one of my top five albums from Amazon or iTunes. I still love shopping for CDs in an actual, physical store, but don't be surprised if I’m (sigh) downloading all of the titles in my top ten a couple years from now. 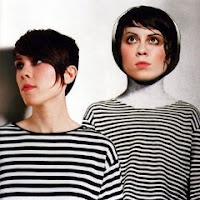 Over a decade into their recording career with nary a misstep, the Quin twins continue their unique balancing act of crafting pop songs both universally catchy and stubbornly individualistic. If their sixth album leans more heavily towards the former (as their 2004 breakthrough SO JEALOUS did), it also aims for the intimate scope of THE CON (2007), but with a directness that befits the energetic, filler-free playlist. Tegan (or is it Sara?—still can’t tell ‘em apart) signs off with the lyric, “Mark my words, I might be something someday”, and they’ve set the bar admirably high. 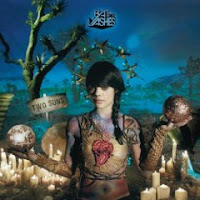 Her debut having entirely passed me by, Natasha Khan’s second album was a great discovery. In part, she’s a throwback to an era when a girl with mystical motivations and minor goth inclinations (think Johnette Napolitano and Kate Bush, of course, but also Tori Amos and PJ Harvey) could beguile an adoring audience. Fortunately, she has ample talent and, more importantly, presence. Some will inevitably write her off as a flake or a fool, but for the rest of us, this record, with its utilization of tribal rhythms, gospel choirs and cult legend Scott Walker is a thing of beauty.

8. Kings of Convenience – DECLARATION OF DEPENDENCE 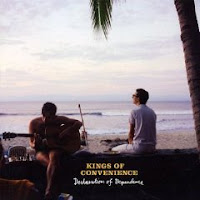 This Norwegian duo’s last album, RIOT ON AN EMPTY STREET (2004), was nearly perfect to begin with and has endeared itself to me like few other records. On this belated encore, they’re even quieter and more minimalist, only occasionally supplementing their acoustic guitars and delicate harmonies with a fleeting piano tinkle or a simpatico violin. Although this lacks some of its predecessor’s tension and ingenuity, it also shows that these guys haven’t forgotten how to effortlessly sustain and engage the listener in a cozy, autumnal mood.

Favorite tracks: “Boat Behind”, “My Ship Isn’t Pretty”, “Riot On an Empty Street” 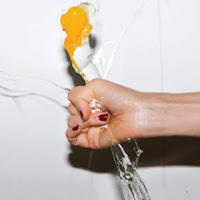 I always questioned Karen O’s entertaining but belabored Siouxsie Sioux shtick, and I’d pretty much written this trio off after their weirdly inert second album, 2006’s SHOW YOUR BONES. So, I certainly wouldn’t have guessed that Karen and her cohorts would redeem themselves by going all the way and making their third album a very Siouxsie-like 80s synth-pop/new wave extravaganza. Looser, full of joy and best of all, more fun (dig the title’s very apt exclamation point), the YYY’s transcend their influences by fully embracing them—and writing songs as exuberant and affecting as “Hysteric”. 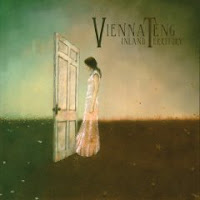 Easily one of the most overlooked albums of the year, this female vocalist/pianist’s fourth effort is a sizable leap forward that is comparable to other fourth albums like FROM THE CHOIRGIRL HOTEL and THE DREAMING. No longer content to solely resign herself to piano ballads (though a few excellent ones surface here) Teng attempts to broaden her repertoire, and she manages to be more propulsive (the rocking, shimmering “White Light”), experimental (the odd time signatures of “Radio”), adventurous (the build up and flamenco break of “No Gringo”) and just plain eclectic (the delightful, hard-to-categorize, handclap-driven “Grandmother Song”) than one would have ever thought possible.

5. The Bird and The Bee – RAY GUNS ARE NOT JUST THE FUTURE 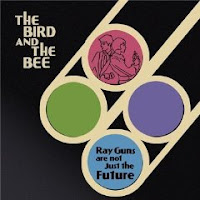 This duo’s second LP may not contain a track as blissfully perfect as “Again and Again” or cunningly astute as “Fucking Boyfriend” but as whole, it’s a more consistent effort than the debut. Although the best track is actually a leftover from an earlier EP (“Polite Dance Song”), there are no duds, either. Tributes to Japan (the country, not the band) and David Lee Roth sit next to putdowns of fucking boyfriends and sinister girlfriends and love songs touching in their simplicity and urgency. Erasing any notion of this arrangement as a fleeting project, Inara and Greg prove they were meant for each other. 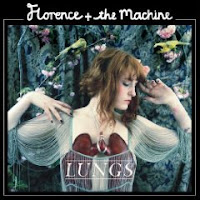 Five years ago, I deemed Nellie McKay’s GET AWAY FROM ME “the debut of the year, possibly the decade.” I still stand by that, but in a few years time I wouldn’t be surprised if I felt just as fondly about this debut from 23-year-old Florence Welch. Passion is a quality I always admire in a musician; on LUNGS, Flo exudes enough passion for about five albums, and is precocious enough to swerve between the primal (the punky stomp of “Kiss With a Fist”) and the ethereal (“Cosmic Love”, simultaneously thunderous and airy). This may be off-putting to some, but in the context of her soaring vocals and glittering, hooky songs, it has the power to nearly take one’s breath away.

Favorite tracks: “Rabbit Heart (Raise it Up)”, “Dog Days are Over”, “Kiss With a Fist”, “Cosmic Love” 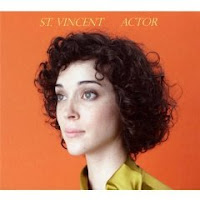 “I think I love you, I think I’m maaaaaaaaddd,” sings the former Annie Clark on “Actor Out of Work”, and it nicely exposes the subversive nature of the deceptively normal-looking woman on the album cover. Tighter yet more expansive than her debut MARRY ME, it surely sounds like nothing else out there right now, barely cloaking its quirk with sweet sounds and melodies (“Black Rainbow” could be a Disney cartoon slowly being eaten up by a David Lynch production). She’s undeniably arty and challenging but shrewd enough to allow for such an unexpected epiphany as the sublime moment near the end of “Just the Same But Brand New” when the drums kick in and the song explodes into Technicolor.

Favorite tracks: “Actor Out of Work”, “Just the Same But Brand New”, “Laughing With a Mouth of Blood”, “Marrow” 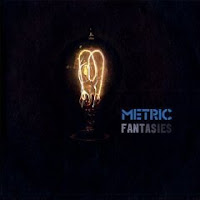 Emily Haines is something of a national treasure in Canada; on her band’s latest album, she makes a blatant attempt to become one south of the border as well. FANTASIES sands down the rough edges of Metric’s previous efforts, presenting ten sleek, gleaming electropop numbers designed to be heard on the radio next to standards by The Cars and performed in the sort of stadiums that Depeche Mode used to fill. Normally, I’d be aghast at such a notion, but here’s the thing—it suits Haines and Metric shockingly well. I don’t want to diminish LIVE IT OUT or Haines’ wonderfully melancholy solo record from a few years back, but this is her crowning achievement to date, and it works primarily because Haines is as adept at coming up with a catchy earworm of a chorus as she is fleshing out her compositions with depth and nuance. 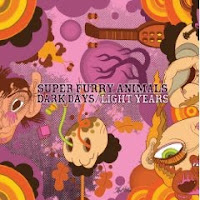 It’s that kind of album—the kind that opens with a six-minute jam called “Crazy Naked Girls”, the kind where a member of Scots New Wave revivalists Franz Ferdinand shows up for a guest rap in German, the kind with a song title like “The Very Best of Neil Diamond” or lyrics such as “I wasn’t looking for a mountain / There was the mountain / It was a big fucking mountain.” In other words, it’s eclectic to a fault. This is not necessarily a bad thing, for it’s also the kind of album where one senses endless possibilities, from a simple love song barely able to hold back its optimism and euphoria (“Helium Hearts”) to an impressionistic eight-minute mood piece chugging along a flawless beat and floating on by with heavenly “sha la la’s” (“Cardiff in the Sun”). Robert Christgau once memorably described Led Zeppelin as “genius dumb”, and that somewhat contradictory term neatly sums up this Welsh collective’s ninth (and best) album.

Bebel Gilberto – ALL IN ONE
(“Sun is Shining”, “Chica Chica Boom Chic”)

Pink Martini – SPLENDOR IN THE GRASS
(“Ohayoo Ohio”, “Splendor in the Grass”)