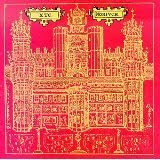 20. XTC – NONSUCH
Slightly ahead of their time as usual, this splendidly overstuffed salvo appeared at the height of an alternative nation obsessed with edgy rock, predating the return of Britpop by a few years. That it went mostly unheard at the time nearly lends it a sense of awe now, whether it’s aiming for the pastoral (“Wrapped in Grey”) or the jugular (“The Ugly Underneath”). 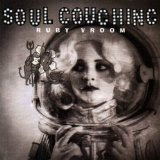 19. Soul Coughing – RUBY VROOM
Forget Stone Temple Pilots and Smashing Pumpkins—this was alternative rock, in which “vocalist” M. Doughty talked/scatted/halfway sung over stand-up bass, live drums and a symphonic array of samples (anticipating The Avalanches by half a decade). More beat poetry than white-boy hip-hop (with “Bus to Beelzebub" a gleeful mixture of the two), it hasn’t dated at all. 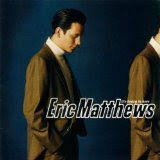 18. Eric Matthews – IT’S HEAVY IN HERE
Since Matthews’ chamber pop seemed so entirely out of time in 1995, it’s no surprise that it has aged so well. The catchy opening “Fanfare” remains his best song and a strong entry point, but it leads to various tangents and hidden passageways: the lyrics give precious little clue as to what he’s singing about, but the delicate, stripped down arrangements conjure a secret, special place I never tire of returning to. 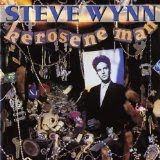 17. Steve Wynn – KEROSENE MAN
Former Dream Syndicate leader Wynn is perhaps my favorite unsung singer/songwriter. Although a bit slicker than subsequent efforts, his first solo album still serves as a good gateway into his back catalogue. Veering from jangle pop and twangy country rock to guitar grunge and even a little noir tango, it’s nonetheless a coherent sampler.

16. Tori Amos – LITTLE EARTHQUAKES
How did a record this intensely personal resonate with so many people? Amos not only updated Joni Mitchell’s confessional girl-and-a-piano style for a different age, she also made it her own—even the Kate Bush comparisons seem simplistic now. After all, the young Kate never came up anything like “Silent All These Years” or a “Me and a Gun”, just as the young Tori set an impossibly high standard she arguably hasn’t matched since. 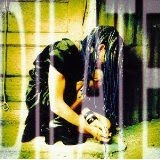 15. Ani DiFranco – DILATE
On her most focused, complete studio album, DiFranco sings of a love affair’s dissolution and aftermath—not an original template to follow, but in her hands it never feels obvious or heavy-handed. Kicking off with possibly the most scathing “fuck you” ever recorded and concluding with quiet resignation and possible enlightenment, she works through personal demons while sustaining your attention every step of the way.

14. Saint Etienne – TIGER BAY
Only knowing the altered U.S. version, I vastly underrated this release until I finally heard the original U.K. edition with the correct sequencing. The most cinematic of St. Et albums, it's an ever-changing canvas of electronic symphony, hushed folk and flamenco disco, but get the version with this cover: you need to hear the seven minute whole of “Western Wind/Tankerville” in order for closer “The Boy Scouts of America” to make its wallop of an impact.

13. Pet Shop Boys – VERY
Ostensibly Neil Tennant’s larger-than-life coming-out party, this is an intriguing turning point for the Pets. Still carefully cloaked in irony and metaphor, these songs further expose the emotional, vulnerable core beneath the surface while maintaining a sense of renewal and ecstatic joy: who else could reveal the yearning and poignancy lurking within the glorious camp overtones of The Village People’s “Go West”? 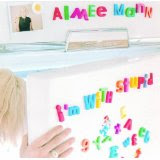 12. Aimee Mann – I’M WITH STUPID
Wiping away some of its predecessor’s gloss, Mann’s second solo outing turns up the fuzz-tone guitars and tightens the melodies until they gleam like late-period Beatles (or, in the case of “Superball”, Josie and the Pussycats if they really rocked). Rarely has any artist channeled her misery into something so tart, therapeutic, caring and merciless—not for nothing is “You fucked it up” the first song's first line.

11. Blur – PARKLIFE
Unlike their more homogenous efforts, this one’s all over the place stylistically, chewing up, spitting out and recontextualizing British bands of yore without ever sounding derivative. Yet, it dexterously holds together, indulging in cheeky wordplay (the chorus of “Girls and Boys”) over a mutation of genres. Fortunately, they also balance their skepticism with at least some affection for their suburban middle class roots.
Posted by C. Kriofske at 12:00 AM