This was a profoundly mediocre year for new albums: nothing here is fit to spit-shine the shoes of my top five or six from last year. Maybe I'm finding more solace in mixes and shuffles these days. Anyway, I admit I had difficulty selecting a single favorite LP this year. What ended up # 1 did so because I continue to get more out of it on each listen.

Not an entirely original choice: practically every best-of list I've scanned over this year has a place for it. Whatever--this finally lives up to the promise of their wonderful debut EP from three years ago, and then some. Still adventurously constructing their own meta-genre as they go along, this stuff is dense, demanding, draining and ultimately exhilarating, reaping vast rewards for those willing to spend a little time finding out what's all there.

2. Belle and Sebastian - THE LIFE PURSUIT

Having stopped trying to make another record like IF YOU'RE FEELING SINISTER last time out, they continue to hone and perfect their stylistic dexterity. From swaggering bubble-glam and blue-eyed soul to new wave brit-pop and squishy '70s funk, nearly every song here could be a single. And if the very best one (the resonant, chiming "Dress Up In You") could still neatly fit on SINISTER, it proves they haven't at all lost what made them so special and worthy in the first place. 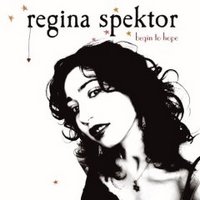 Somehow this lovably quirky expatriate Russian singer/pianist remained under my radar until she released her third album this year. Her first for a major label, it makes no qualms about wanting to sound more commercial and produced than what came before. All the more impressive then that she remains as much of a kook as ever (the way she spurts out, "So cheap and JU-cee!" on "That Time") while the radio-friendliest songs (especially "Better" and, ahem, "On The Radio") convey a great deal of artistic growth as well. 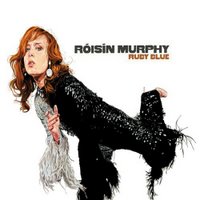 Beguiling and often frightening ex-Moloko vocalist Murphy works with innovative producer Matthew Herbert and makes the forward-looking record Madonna should have done instead of the comfortably-retro one she ended up doing. Of course, this is all old news to everyone but us Americans (it was released in Europe last year), but better late than never that we get to revel in the 21th Century disco of our slinkiest, snappiest dreams.

The best singer-songwriter you've never heard of continues the sonic experimentation he began on his last record, and pushes it almost to the point that his pop songs are sound collages and vice versa. Every time he comes this close to losing us in a sea of layered effects and tape loops, an old-fashioned melodic hook pulls us back in, like the sea shanty chorus of "Don't Tell Them", which itself is a refreshing plea for not giving every single thought away.

Following an eye-opening live album and ever more astonishing stints with The New Pornographers, her songwriting finally begins to match her peerless siren of a voice. It's also harder to determine exactly what genre her music falls into (Alt-country? Alt-pop? Alt-gospel?)--always an encouraging sign for an artist destined for timelessness. The best lyric of the year: "I leave the party at 3 A.M., alone, thank God."

She got dropped from her Major Label because she refused to prune this 23-song sophomore effort down to 16, and good for her. It plays like a bizarro-world cast recording for seven or eight musicals stitched together, many of them fabulous. Oddly enough, I adore the silly throwaways most, like the meow-saturated, 56-second-long "Pounce" or the self-explanatory "Yodel" (I dare Gwen Stefani to come up with such a hummable hook!), though nobody in their right mind could possibly hate the excellent Cyndi Lauper and K.D. Lang duets.

8. Junior Boys - SO THIS IS GOODBYE 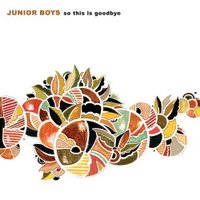 Although it loses steam towards the end (despite a Sinatra cover!), the first six songs make for a compelling sequence that rivals anything on this list. As heartbroken and seductive as ever, this mostly eschews the start/stop rhythmic crunch of the first record for cool, smooth, majestically perfect synth-pop meant for middle-of-the-night, drown-your-sorrows-in-gin listening. The grand exception: the itchy, pulsating single "In the Morning", which doesn't stick out so much as expose the turmoil (and burgeoning enlightenment) within. 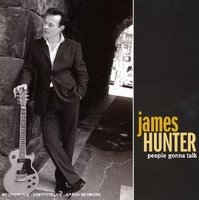 Singer/guitarist Hunter isn't exactly an original; just as Chris Isaak worships at the altar of Roy Orbison, this guy bows down to Sam Cooke, Ben E. King, and all the other greats of post-Elvis, pre-Beatles R&B. But Hunter more than knows his stuff--he writes sharp songs, he never overplays, and he keeps the arrangements clean, crisp and subtle. That he's both white and British is unexpected and yes, fascinating; it's also irrelevant when the music's this strong and affecting.

After two interesting albums of covers and a slightly overproduced one of originals, Gryner finally delivers another solid album of her own material--perhaps her best to date. The overall mood is slow and sparse, which is not to say it's reserved or minimalist. "Girls Are Murder", "All Time Low" and "Queen of the Boys" are all ringing, anthemic pop while "Almighty Love" could be her greatest composition to date: if its soaring, magnificently warm invitation of a chorus doesn't give her a deservedly larger audience, nothing will.

MIX: BEST TRACKS OF 2006
all tracks are from the albums listed above, unless otherwise noted:

LOSER OF THE YEAR:
Why, The Village Voice, of course. No one looked good when they fired veteran music critic Robert Christgau (plus half of their film critics). Thankfully the Consumer Guide has been since resurrected.
Posted by C. Kriofske at 7:39 PM