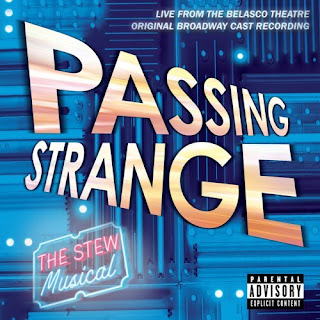 Five years ago, if you told me a musician as unique and obscure as Stew (a portly, middle-aged African American who fronts a band called The Negro Problem) would one day star in an award-winning Broadway musical, I would have laughed in your face. And yet, the former Mark Stewart actually did it, slowly developing his autobiographical show from small clubs to slightly larger venues (both in Berkeley and Off-Broadway) to a brief but celebrated run this year at the Belasco Theatre. This long-awaited cast album was recorded live before an audience on the Belasco's stage, which is only appropriate given that the production often plays more like a rock concert than a traditional musical. But unlike his previous albums (which, in their effort to encompass a multitude of genres tended to sprawl unevenly), this is a solid, complete work. It still includes everything from gospel, psychedelia and blues to punk, soul and a little calypso, but a compelling narrative and a canny use of countermelody and reoccurring hooks and phrases adds structure to the many shifts in style and tone. PASSING STRANGE ends up mocking musical conventions ("The Black One" slyly parodies A CHORUS LINE'S "One"), while also making the best of them in showstoppers like the career manifesto "Work the Wound".