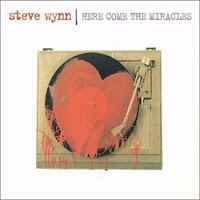 10. Steve Wynn – HERE COME THE MIRACLES
By nature alone, double albums practically scream for attention as Major Artistic Statements, although the majority of them are overstuffed, quality-control lacking slogs. Wynn, formerly of 1980s Paisley Underground stalwarts The Dream Syndicate, turned out this effort a decade into his solo career, and explained its 81-minute length by saying he simply couldn’t leave off any of its 19 selections, and he was absolutely right—Miracles is solid in a way most of Wynn’s single albums aren’t as it ekes out one impressive variation after another of his acerbic, cathartic garage rock. 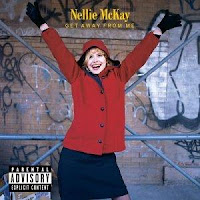 9. Nellie McKay – GET AWAY FROM ME
Another double album, only considerably more precocious—the two half-hour long sides could easily fit onto one disc, but the then 21-year-old McKay (whom a friend once astutely summed up as a “delightful nutcase”) insisted on two, and it proved a wise decision. Given her ADD-like tendency to incorporate everything from Blossom Dearie vocal jazz and Broadway-ready toe-tappers to unconventional takes on rap and Eurodisco, the two halves are far easier to digest. Together, they comprise this decade’s most remarkable, original debut, the arrival of a real (if somewhat polarizing) talent. 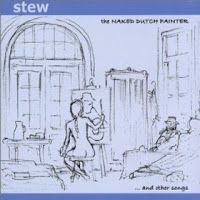 8. Stew – THE NAKED DUTCH PAINTER… AND OTHER SONGS
Years before he won a Tony award for Passing Strange, Stew ardently explored the wafer-thin veneer between art and life, writing songs about such outlandish characters as “girls who carry switchblades and are very well-read” but always memorably inserting himself into the narrative. Landing somewhere between a live album, an original cast recording and a lushly-produced studio set, this unusual hybrid of a second solo effort may structurally seem like a jumble of loose ends, but it plays out with the wit and precise detail of a short story collection, plus terrific melodies and a musical vocabulary to match. 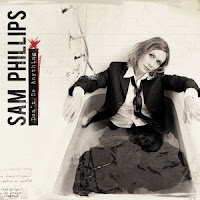 7. Sam Phillips – DON’T DO ANYTHING
By now, it should be obvious that Phillips is my favorite artist of the decade—she released only three albums, and they all ended up in my top 50. Trading a tried-and-true sound for a strange new one was an admittedly gutsy move, but the long-term endurance of these new recordings (see # 15 and 26) confirmed it was a risk worth taking. With this record, she came full circle, wedding her recently honed out-of-time acoustic cabaret vibe to some of her sharpest hooks in well over a decade while also delving into a bold new terrain full of clanging percussion, distorted guitars and a startling, bare-bones immediacy. 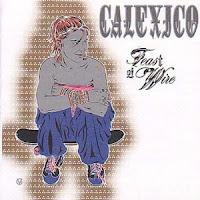 6. Calexico – FEAST OF WIRE
This Tucson-based group (really a duo with a revolving supporting cast) never broke into the indie mainstream because their regionally-derived aesthetic encompasses too much to be easily boiled down into a descriptive soundbite. A few have tried, but “alternative rockers play mariachi music” only partially covers it. This fourth full-length is their furthest reaching effort, containing Morricone-inspired fanfares, hard-bop jazz, a sci-fi instrumental and even some Fleetwood Mac-like pop. I’m not entirely sure how it all coheres, but it does in a way that’s assured and unique—no one will ever accuse them of sounding like someone else. 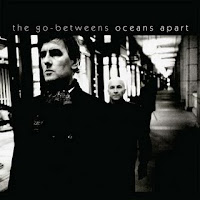 5. The Go-Betweens – OCEANS APART
Robert Forster and Grant McLennan spent the ‘80s together crafting compelling, literate music that few people (apart from rock critics and music geeks) heard, the ‘90s apart pursuing solo careers, and the ‘00s first half reunited. Following two tentative efforts, they got it right here, reclaiming the full-bodied production of their classic period with passion and drive, but also wisdom that could only come with age. Although Forster’s personal narratives are at a marvelous peak, McLennan, who would sadly pass away the following year, delivers this key lyric: “What would you do if you turned around / And saw me beside you / Not in a dream, but in a song?” 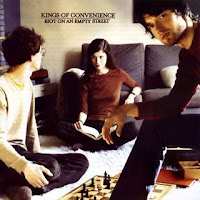 4. Kings of Convenience – RIOT ON AN EMPTY STREET
Having forged an entirely distinct, fully realized sound on their previous record (see # 32), Erlend and Eirik sensibly chose to stick with it, not so much radically changing as refining their template—they slightly quicken the tempo (on the disarming “I’d Rather Dance With You”), adorn their acoustic guitars with minimal but effective string and horn accoutrement and even employ a pre-fame Feist to warble on two tracks. And yet, Riot is a great leap forward from its predecessor. Every song sounds like the aural equivalent of a pretty picture, but each one wavers between gleeful abandon and pensive hesitation to a degree where they both glow like an autumnal sun and cut like ice. 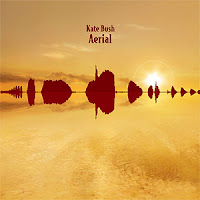 3. Kate Bush – AERIAL
I recently listened to this woman’s discography in chronological order and was left with a shocking revelation. Her twin ’80s masterpieces (The Dreaming and Hounds of Love) predictably held up well, but the album that affected me most deeply was this one, her only release this decade and her first in a dozen years. Full of touchstones that beam in like satellites from various points of Bush’s career, it refuses to commit to one particular style. Songs about the number Pi, doing the laundry and a tribute to her deceased mother (startling for its piano-and-voice sparseness) lead into an indecipherable, magnificent suite about art and flight over the cycle of one day, building from impressionistic calm to a rising intensity—confirming that in middle age, Bush is as eccentric and brilliant as ever. 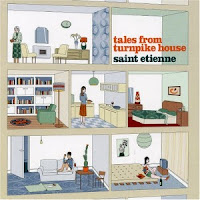 2. Saint Etienne – TALES FROM TURNPIKE HOUSE*
This very British trio forged an entire career out of celebrating those mundane quirks about a person and their environment that often make a life transcendent and whole, with a thrift shop-inspired approach to appropriating musical styles they liked and made their own. On twelve songs spanning the single day in the life of a London apartment building, they found a concept perfectly suited for their sensibility. By working with pop British production team Xenomania and employing the Pet Sounds-ish harmonies of Tony and Anthony Rivers on nearly every track, they concocted their most fully realized work, from the euphoric, alternate-world number one hits like “Lightning Strikes Twice” and “A Good Thing” to the devastating one-two closing punch of “Teenage Winter" and “Goodnight”. (*Original UK edition) 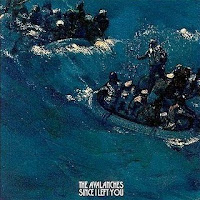 1. The Avalanches – SINCE I LEFT YOU
I was going to list fifty things I love about this album, but that exercise would give it all away—the sense of discovery so necessary in order to fall in love with the work of six Australians constructing new music entirely out of an existing array of wildly disparate sounds. The art of sampling has enabled many a dubious talent, resulting in Franken-songs that hammer their borrowed hooks deep into the ground, yet here, never has such a monster moved around so gracefully. Suffused with layers, echoes and recurring motifs, this is an orchestrated work; “Frontier Psychiatrist”, for example, creates supple, silly, thrilling pop out of a dadaesque symphony of random snippets. But it all really works as an album, a whole that begs to be heard on headphones to feel its impact; it just doesn’t register well as background noise. Since I Left You is not necessarily better than anything else the ‘00s produced, but it's a summation of everything that came before, with advances in technology, a wealth of inspiration and the right kind of imagination making it possible.
Posted by C. Kriofske at 1:15 PM