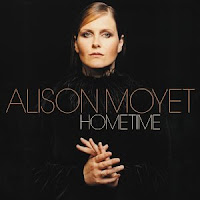 20. Imperial Teen – THE HAIR, THE TV, THE BABY AND THE BAND
Although rockers tend not to age too gracefully, this indie co-ed quartet does a lot to dispel this myth on their fourth album, especially on “Room With a View”, which urgently and poignantly expresses what a gas it is to become middle-aged. Elsewhere, their songcraft reaches a mature peak even as they keep their scrappiness in check.

19. Aimee Mann – BACHELOR NO. 2
Mann kicked off the decade with this third gem in a row (following her ‘90s albums Whatever and I’m With Stupid). Packed with more prickly tales of relationships (both personal and professional) gone sour, it also upped the ante musically, at times suggesting a precise confluence of The Beatles and Burt Bacharach—and she’s struggled a bit since to sustain such alchemy.

18. Regina Spektor – BEGIN TO HOPE
Frankly, last year’s FAR was a huge disappointment because it went too far into the mainstream, its multiple big-name producers rendering this oddball’s quirks merely cloying. However, on this previous record, she almost magically achieved a Zen-like stasis of accessibility and eccentricity, pushing herself into a more disciplined place while retaining her singular charms.

17. Belle and Sebastian – DEAR CATASTROPHE WAITRESS
After nearly falling apart at the turn of the decade, Stuart Murdoch finally realized that what held his band together were his brilliant songs and not a democracy of contributions from his mates. With some unexpected help from uber-80s producer Trevor Horn, he gave B & S a thrilling second life where they all stopped trying to recapture their unattainable past and instead, they simply decided to evolve.

16. Super Furry Animals – DARK DAYS/LIGHT YEARS
Very few groups make it to their ninth album, much less make it their best, but these guys have rarely played according to rules of convention, even though their polyglot music wouldn’t exist without drawing from hundreds of popular influences. Though eclectic almost to a fault, this is an hour of pure joy for anyone who listens to music because they love possibilities it can suggest and occasionally achieve.

15. Sam Phillips – A BOOT AND A SHOE
Much in the same vein as Fan Dance (see # 26), but a little more open to the world (as one song puts it), this former Christian singer’s sixth secular album is all understated, smoky cabaret bliss where the slightest, most intermittent and unexpected shift in tone possesses a gorgeous, rare, surging power.

14. Sufjan Stevens – SEVEN SWANS
Those who only know Stevens from his more theatrical, state-centric work (see # 33) may find this record’s unassuming, acoustic, hushed essence a shock to the system like a cold shower. In trying to decode this deceptively simple-sounding set of fascinating puzzle-songs about love and faith, I remain rapt in awe on every attempt.

13. Tori Amos – SCARLET’S WALK
Her last great album is an arresting stream-of-consciousness travelogue inspired by her tour across America in the weeks after 9/11. While surely not more essential than Little Earthquakes (as I may have once claimed), it’s still a stunning achievement—and perhaps Amos’ only record that pauses to consider a world beyond herself.

12. The Shins – CHUTES TOO NARROW
The Shins’ didn’t really need the generous plug Garden State gave them, for they already had lived up to such hype with a near perfect set of ten power pop songs that recalled everyone from Nilsson to the Nazz but also seemed to emanate from its own planet. Instead of living up to the notion of changing people’s lives, they then faced a weightier challenge: how in the world to top this album.

11. Alison Moyet – HOMETIME
Following an eight-year stalemate with her record label and, one presumes, a particularly painful end to a long-term relationship, this veteran diva came out of hibernation to make the album of her career. Soulful, warm and dynamic, Moyet sounded better than ever, and the music, heavy on guitars with subtle electronic and orchestral undercurrents, was her most inspired, simpatico setting since her days in Yaz.
Posted by C. Kriofske at 12:01 AM